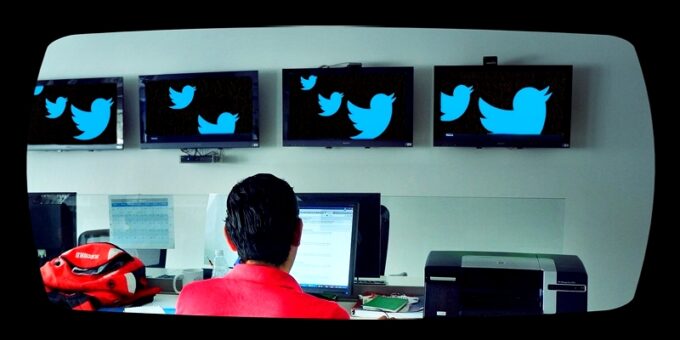 In the Arab world, global players still boast millions of Twitter followers, but a clutch of fast-growing news media from Saudi Arabia, Egypt and Lebanon are making inroads into the region’s Twitter market, according to the Twitter News Index, released today by MediaPowerMonitor.

The reach of Twitter in the Middle East North Africa (MENA) region is much smaller than Facebook’s. Only 8.3 million Twitter users hail from MENA region, which is a sprinkling compared to the Facebook Universe, which numbers over 142 million users. However, Twitter is known for reaching out to more influential people in the Arab world.

The high indices in MediaPowerMonitor’s Twitter ranking are due to the linguistic homogeneity across the Arab world: news outlets reach out to Twitter users beyond the borders of the country from which they operate. A total of 83 news outlets of more than 500 monitored by MPM Research Unit have a Twitter Index of at least 100. In another linguistically homogenous region, Latin America, with a much bigger Twitter population, only 54 news outlets score an index of at least 100.

Egypt and Lebanon lead the Twitter ranking in terms of number of news outlets with an index of over 100. Nine news portals from each of the two countries can boast that score.

This is particularly significant for Egypt, which is the second largest Twitter market in the MENA region, with 1.7 million accounts, very close to the leader, Saudi Arabia, which has a Twitter user base only slightly higher. In fact, the two leading Twitter markets, Saudi Arabia and Egypt, together account for nearly a third of the whole MENA Twitter population.

Interestingly, the smallest Twitter nation in the region, with 103,000 users, Yemen boasts some of the most effective journalistic outlets in the region. A total of six news media outlets locating themselves in Yemen have indices of over 100.

One of them, Mareb Press, is the leading news portal on Twitter in the whole MENA region with an index of 856.4.  Back in 2011  Mareb Press was blocked by the government in Yemen, as it covered the youth demonstrations in the country.

With over 882,000 followers, Mareb Press is reaching out far beyond the Yemeni market. But when it comes to the number of followers, two sites from Saudi Arabia, Sabq.org and Saudi News 50, are leading on Twitter with 12.8 million and 11.1 million followers, respectively. Sabq.org is known to be close to the Saudi government, according to journalists in the region. They often publish unsourced stories, many of which are visibly favoring the Saudi authorities.

On the Twitter Arabic language market in the MENA region, Sabq.org and Saudi News 50 are only losing to two international news media, namely Al Arabiya and Al Jazeera, each with over 13 million followers, according to our Twitter Language News Index. They beat all other international players, including CNN Arabic, BBC Arabic and Sky News Arabia. Global media groups, with an overt international mission, were only included by MPM Research Unit in the Twitter Language index, which measures the effectiveness of news media in the Arabic-speaking Twitter market across the MENA region as a whole.

MENA also boasts an impressive number of citizen journalism portals, whose growth was boosted by Twitter. One of the most effective ones is Hespress from Morocco, a news site that was launched back in 2007 as a collaborative online newspaper initially written mostly by citizens.

Since then, Hespress has grown into a fully fledged media operation with its own journalists and correspondents. It has 1.7 million followers on Twitter, coming second in the region’s Twitter ranking with an index of 850.3.

Another citizen journalism platform that has grown into a powerhouse is Tunisia’s Nawaat. Launched as a collective blog back in 2004 by a group of notable bloggers and civil society activists, Nawaat built its reputation through the coverage of the street protests that led to the end of the dictatorship in Tunisia in the year 2011. Since then, the site has been breaking numerous investigative stories. With an index of 314.2 and over 640,000 followers, it is the 32nd most effective news media in the MENA region Twitter index, which is a major success for a news platform coming from a nation of 11 million.