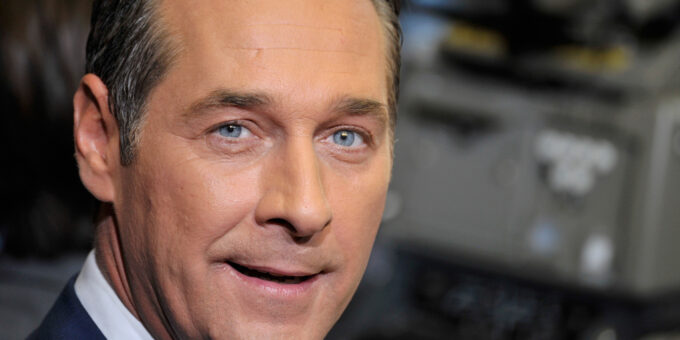 Recent attacks from right-wing politicians on Austria’s popular public broadcaster are raising alarming questions about the future of independent journalism in the country.

An Austrian court has recently decided that showing the finger to Heinz-Christian Strache, Austria’s vice-chancellor, is not slander. Leader of the far-right Freedom Party (FPO), an overtly anti-Islam party, Mr Strache sued the far-left group Linkswende for, before the 2017 elections, making public a video where its supporters, showing their middle fingers, explained their reasons for saying “Fuck Strache”.

Mr Strache can hardly brook criticism or, worse, insolence. But now in power, he is hell-bent on fixing that; and where better to start than in the media? The first on Mr Strache’s target list is Osterreichischer Rundfunk (ORF), Austria’s popular public broadcaster.

Mr Strache said in a public speech in February that he would force ORF, which in his opinion is biased to the left, to change its reporting standards. He also promised to scrap the license fee, which finances ORF’s operations.
Delivering on that is not going to be a cinch. First, scads of legal changes are needed. Second, the Austrian public is known to be a staunch ORF supporter.

Mr Strache’s threats are part of his desperate attempt to gain some influence at ORF. Ironically, the two ruling coalition parties, conservative People’s Party (OVP), the party of chancellor Sebastian Kurz and FPO, its junior partner, are at loggerheads over the issue. OVP won the Austrian elections last year. They then invited Freedom Party to join the government.
OVP doesn’t want to change the rules governing the public broadcasting, as they benefit from the system as it is, whereas FPO wants to dramatically reform ORF to secure increased, more favorable coverage.

Where the two parties are united is their commitment to weaken the station to make it more maneuverable. Likely to happen, that will not only harm ORF’s independence, but also Austrian journalism in general, according to local journalists and media experts canvassed by MediaPowerMonitor.

Governing Through “Circles of Friends”

Mr Strache’s attack on ORF hasn’t surprised many. Freedom Party has for years bawled the public broadcaster out for its leftist bias. “They always had a problem with critical media,” said Florian Klenk, chief-editor of Falter, an Austrian news weekly. “It’s part of their DNA.”

Once in power, Mr Strache’s attacks on ORF have intensified. He recently complained that ORF did not mention the name of an FPO big wheel, Norbert Hofer, in a report about a meeting of government officials. Mr Hofer is Austria’s transport minister. In a Facebook post, Mr Strache accused ORF of being a lie generator.

FPO feels underrepresented in ORF in contrast to OVP and even to the Social Democratic Party (SPO), now in opposition, both of whom have 13 representatives in Stiftungsrat, ORF’s board of trustees. Moreover, OVP and SPO have a strong influence on ORF’s nine regional studios, according to Mr Odehnal. All of these regional studios are local government mouthpieces, and six of these regions are governed by OVP.

The Stiftungsrat is now the apple of discord among Austrian politicos. Thanks to their majority in parliament, the two governing parties can choose 24 of the ORF’s 35 Stiftungsrat members. This allows them to dismiss the ORF’s director general. Although there is no good reason to remove the current head of ORF, Alexander Wrabetz, “[a supermajority in Stiftungsrat] is going to have a chilling effect on the [ORF] management,” said a Vienna-based ORF journalist, who didn’t want to be named.

The control over two-thirds of the Stiftungsrat gives politicians a big say in the station’s affairs. Some board members are directly handpicked by the government. The other third is nominated by civil society groups such as unions, public organizations, or the church.

Although political parties are not allowed to sit on this body, they form “circles of friends” (Freundeskreise as they are known in Austria) through which they secure influence. These arrangements have come under critical scrutiny in the past. Back in 2012, a group of ORF journalists submitted a batch of proposals to parliament aimed at depoliticizing the ORF’s Stiftungsrat. Despite this, though, nothing has changed.

ORF is the most popular media outlet in Austria. Its two TV channels have an audience share of over 31% combined, according to 2017 data from ORF. The next most popular channel is German RTL, staggeringly far behind with less than 5% audience share.

“When we talk about [politicians’ interest to] weaken ORF, we talk mainly about the news programs and the influence the parties want to have on these programs,” said Mr Odehnal. The region-focused news program Bundesland Heute (The States Today) and ORF’s flagship newscast Zeit Im Bild (roughly translated as The Time in the Picture) are driving high ratings, sometimes upwards of 55%. Almost all of Austria’s 3.7 million households have a TV set.

No wonder, then, that the Freedom Party is slavering at the chops. “They do not feel appreciated enough by ORF,” said Mr Odehnal. OVP, especially chancellor Kurz and state governors, are given a lot of positive reporting. In contrast, reports about Mr Strache’s FPO are mainly critical, focusing on their problems with party members from German nationalist fraternities or questioning FPO’s Nazi affinities.

ORF, which also runs radio programs, has a staff of over 3,200. Households accessing ORF programs on any device are legally obliged to pay some €24 a month in license fees: some 60% of that goes into financing ORF. Failure to pay the fee can trigger fines of up to €2,500. ORF also pulls in cash from ad sales.

Dismantling ORF’s funding model is also part of FPO’s strategy to shake up the station. In its electoral plank last year, FPO said that the financing of ORF from license fees is “unfair”. Thus, the fight to control ORF’s board of trustees, which has power to influence the license fee, is likely to become even fiercer. Experts agree that dropping the fee would endanger the very existence of the public broadcaster, as there is no other financing model to support such an operation.

FPO’s attempts to gain influence in ORF are likely to find support from some of the public media detractors, particularly private media, including Austrian tabloids that want a bigger piece of the ad pie. Some opine that Mr Strache’s recent attacks are actually a distraction from a bigger problem that the Freedom Party is facing: a public initiative calling for a referendum to ban FPO.

Others say that Mr Strache’s attempt to reform ORF is just claptrap. “They try to influence ORF in a very stupid way,” said Mr Klenk.

“If only ORF’s journalists were allowed to attend the next elections, […] the Green Party and the Social Democrats would gain absolute majority,” said Mr Odehnal. “But that does not mean journalists of ORF are biased in their work. They also report about affairs of left wing parties.”

According to local media experts and academics, it’s hard to envision the attacks on ORF turning into blatant censorship, as it could in some eastern European countries like Hungary and Poland. However, on a longer-term, the conservative politicians’ grip on Austria’s power is posing a serious threat to the country’s journalism.

Mr Kurz, now only 31, has high chances to remain chancellor for the next 10-15 years. “His advisors are very intelligent and have a professional behavior when it comes to media,” said Mr Klenk. Their sophistication could turn dangerous when it comes to political control. Nonetheless, they will face an uphill battle with the country’s journalistic guild. ORF journalists are more self-confident than in the past, vocally denouncing political pressures. They have the support of civic associations as well as the church.

“But, the power of the political parties is much stronger,” Mr Odehnal said.

Marius Dragomir is the director of the Center for Media, Data and Society (CMDS).