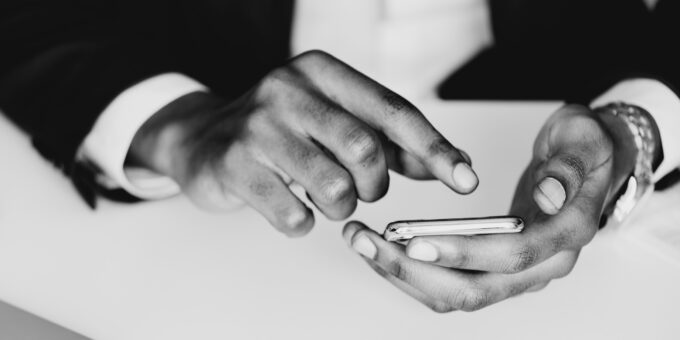 More people read more news on mobile phones. That doesn’t mean that they get more informed.

Five years ago, in a publicity stunt anticipating the launch of a “water-resistant” handset, electronics manufacturer Sony and mobile phone operator O2 said that the new product was prompted by a growing market for such devices. They knew that three quarters of people use their phone in the restroom. A survey jointly commissioned by the two companies back then found 59% of people were texting while on the lavatory.

Such facts don’t perplex anyone anymore. The mobile phone, for many, is an integral part of their life, almost like a family member. Some people don’t go anywhere without it and use it as soon as they find two free seconds.

Tweeting while watching telly, reading news while eating lunch, or sending emails while going to a meeting: there is nothing abnormal about any of that anymore.

David Johnson, an O2 manager, called it “multi-tasking” in a 2013 interview with Britain’s Telegraph: “[…] It’s no surprise that some of our customers are making use of whatever time they have when their hands are free to check-in and stay up-to-date.” Others, primarily psychologists, call it nomophobia: a proposed term for the fear people feel when they do not have access to their mobile.

For the news industry, the mobile explosion has been big news in the past five years. Content consumption on mobile phones was hailed as a new phase of the digital revolution hoped to bring wads of benefits to the news industry.

Mobile news notifications grew significantly in 2016, particularly in the United States, South Korea and Austria, by 8, 7 and 4 percentage points, respectively, according to a study, paid by Google, that was carried out in 2017 by the Reuters Institute for the Study of Journalism, an Oxford-based research outfit. Mobile is “giving a new lease of life to news apps,” according to the study’s authors.

News on smartphones is consumed in large amounts both inside the home and outside. Some 46% of smartphone users read news on mobiles in bed, more than they do it while they commute to work, according to the Reuters study. Thus, the news media industry, in a fervent search for new business models and fresh sources of cash, devotes much attention and money to their mobile products.

However, a new study shows that mobile news consumption is a fleeting experience. “Attention—an important precursor for recall, learning, and the ability to discern fact from fiction—is curbed on mobile devices,” according to an Oxford University Press (OUP) study, released in March 2018 by four academics working in the U.S.. They conclude that, “even as mobile access proliferates, for the mobile dependent, the depth of attention to news is shrinking.”

The team of researchers, consisting of Johanna Dunaway, Kathleen Searles, Mingxiao Sui and Newly Paul, conducted two lab experiments and one observational study. Scarce attention of smartphones users is nothing new. Canadians using smartphones had an attention span of eight seconds in 2015, down from twelve seconds in 2000, according to a study three years ago from Microsoft. That was one second less than the attention span of a goldfish.

A fish beats a human by one more second of concentration, according to Microsoft.

Although, while attention for news on mobile phones is scarcer than ever, there is still a market for good journalism on the go. A survey carried out in 2016 by Pew Research, a research institute, and the Knight Foundation, an American grant-maker, found that Americans devoted more time on mobile phones to long-form journalism than to news snippets.

Cellphone users spent on average 123 seconds reading long-form pieces, which was more than double the time used reading short pieces of news. Extrapolating, the survey concluded that “cellphone readers spend more time with long-form articles… when they read them.”

Pew and Knight examined data on 117 million phone interactions collected by Parse.ly, a digital analytics company. Long-form journalism was defined as articles with 1,000 words or more. According to the OUP study, users of news apps spend more time reading stories than those who read on web browsers. However, the number of consumers of news on apps is just a fraction of the web browsers audience. All these studies indicate that there is an audience that properly reads news content, even long-form, on mobile phones – but only a small one.

“The manner of access associated with more attention has the lowest reach, and that of broadest reach seems to discourage attention,” wrote Dunaway and colleagues. They remind us that access and exposure on mobile phones are totally different than attention. Yet, news providers continue to invest in news quantity online, and, with the competition for attention getting even fiercer, in models aimed at monetizing mobile news delivery.

That “may exacerbate the costs of information processing on mobile devices,” according to Dunaway and colleagues. “Building economic value into mobile news may inadvertently decrease its democratic value.”

To put it simply, more competition on the market of short stories is not only going to further diminish people’s attention span, but also prevent them from cultivating a taste for long-form journalism that gives you context, explanation and sufficient facts. As paradoxical as it sounds, more mobile content means less informed citizenry.