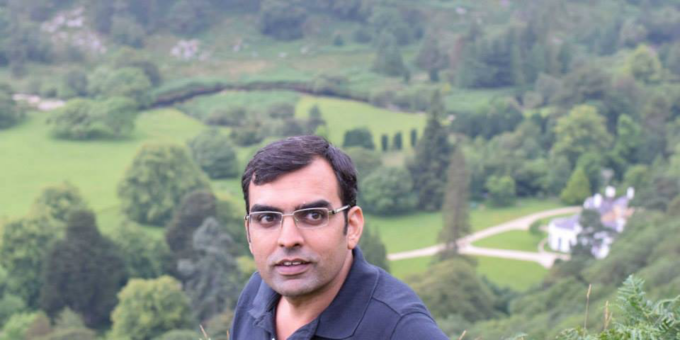 Interview with Umar Cheema, an investigative journalist working with The News in Pakistan

Umar Cheema is a talented Pakistani investigative reporter currently working for The News, a well-known English-language daily. So far, as is the nature of investigative journalism, Mr Cheema’s life hasn’t been a cakewalk.

In 2010, he was kidnapped and tortured for criticizing the government. His investigations uncovered tax evasion by MPs and a counter-terrorism fund that was used to buy luxury gifts for the relatives of ministers. He was part of the International Consortium of Investigative Journalists (ICIJ) Panama Papers and Paradise Papers projects.

This work, though, has earned Mr Cheema a string of awards including the Knight International Journalism Award, the International Press Freedom Award, and the Tully Free Speech Award. In 2008, he was the first Daniel Pearl fellow to work at The New York Times.

Mr Cheema did his studies in Lahore, Pakistan and at the London School of Economics (LSE). In 2012, he founded the Center for Investigative Reporting in Pakistan.

Umar Cheema: Well, I wanted my voice heard, words noted and action taken on them. I wanted to do something different and impactful. Investigative journalism was the answer. Although I formally joined the investigative cluster in 2007, I started practicing it well before that.

Umar Cheema: The media industry has been going through a crisis for quite some time and investigative journalism is a major casualty. The majority of the newsrooms either don’t have investigation cells or are downsizing them heavily. In some cases, stories are dropped in order to please advertisers. Although we are duty-bound to bring facts to the public, what happens inside the media industry remains unknown, and this is being done at the cost of journalism.

Umar Cheema: Journalism is in crisis, but it has its footprints on many changes at a global level. There are individuals putting up a brave face against repressive regimes, challenging authoritarianism and providing fodder in the form of exposing many different anti-corruption movements.The Panama Papers Project of the International Consortium of Investigative Journalists (ICIJ) is one example. It triggered changes at a global level; unseated men in position of power; sparked calls for accountability; and forced legislatures to pass laws for arresting this trend of hiding money abroad.

Umar Cheema: I would ask myself: “Have I done enough as a journalist?” The answer is negative. There are a couple of reasons for this discontentment: one, I always feel like an underachiever; two, I set my target high, and it keeps changing to be higher as I get closer to it each time.