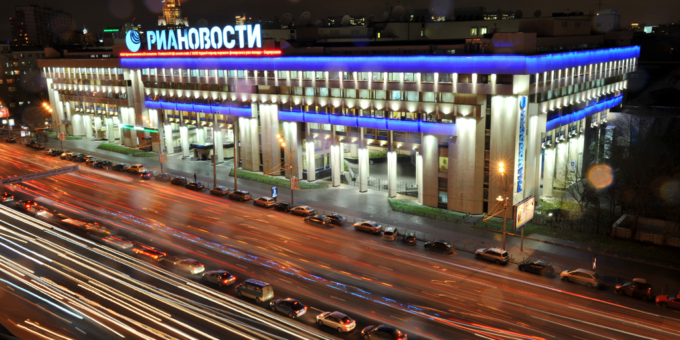 Using companies incorporated in Serbia and Cyprus, in recent years the Russian government has been funding a bevy of news websites in Eastern Europe to crank out articles promoting the interests of the Russian government, according to a story broken jointly by BuzzFeed News, Postimees, a newspaper in Estonia, and Re:Baltica, an investigative journalism shop covering the Baltic countries.

The websites target the Baltic states and countries in Eastern Europe and Central Asia, according to the investigation, which was based on Skype chats and documents obtained thanks to freedom of information laws during a criminal investigation of a man who worked for the Russian government in Estonia.

The websites financed by the Russian government claimed to be independent news sources. The journalists who uncovered the network that was used to pay for their operations say that the editorial policy was dictated straight from Moscow.

Raul Rebane, a strategic communications expert based in Estonia, referred to the operation as “information warfare.” Some of the websites financed by the Russian government included Baltnews, a chain of news websites targeting the Baltic markets that were launched some four years ago, roughly six months after Russia’s annexation of Crimea.

Baltnews is controlled by Rossiya Segodnya, a government-owned company that also runs the news outlet Sputnik and the news agency RIA Novosti. Companies used to fund the Baltnews operations through Altmedia, a company located in Estonia.