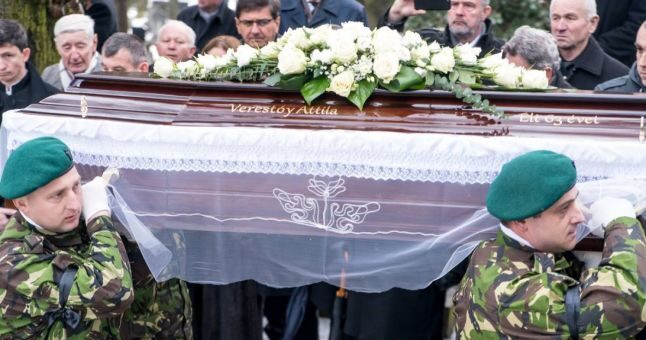 The Romanian media loves the tabloid fare so much that nothing is considered too much to be broadcast.

Journalists are game to air anything, even shows catering to the most lugubrious tastes, as long as such content attracts eyeballs. In Romania over the course of the past few years, some broadcasters have found that it is worth showing funerals of more or less famous people, including wannabe artists and even controversial individuals, be they businessmen or politicians, simply because they boost audiences.

But now, the local broadcast regulator in Romania, the National Audiovisual Council (CNA) is poised to stop the funeral broadcasting frenzy. Trying to get the morbid circus off the television screens, the broadcast watchdog is now looking into drafting a special regulation to ban funeral broadcasting, wrote Paginademedia.ro, a local news portal reporting on media-related issues.

According to a recent bylaw proposal drafted by the CNA, broadcasters in Romania would be banned from showing images from funerals unless they are state funerals, a news subject or part of documentaries. A decision about the CNA’s planned bylaw is scheduled to be made in October 2018.