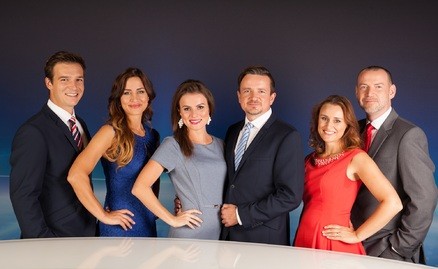 The Council for Radio and Television Broadcasting (RRTV), the broadcast regulator in the Czech Republic, asked the owners of TV Barrandov to explain why they stopped broadcasting news as of 22 September 2018, MediaGuru reported.

The council said that news programming must be part of the station’s broadcast schedule, according to the license conditions to which TV Barrandov agreed when it was awarded a broadcast license to operate in the Czech Republic. This contract obliges TV Barrandov to air news at least a few times daily. TV Barrandov now has 30 days to respond and remedy the situation.

TV Barrandov is owned by the Czech businessman Jaromir Soukup, who is very close to the Czech President Milos Zeman, whom he interviews in a weekly program aired on TV Barrandov. The connection with Zeman is reportedly securing Mr Soukup cash from China and Russia to finance the station.

TV Barrandov’s management announced last July that it would scrap its main news program Nase zpravy (Our news) in September 2018. They claim that the program’s declining viewership was the reason why they wanted to do away with the program. They also said that the newscast will be replaced by a program featuring journalists who comment on the main events at home and abroad.

Local experts say that if it fails to remedy the situation, TV Barrandov risks losing its license, which would force them out of business. The station and RRTV have locked horns in the recent years because of the station’s biased coverage.