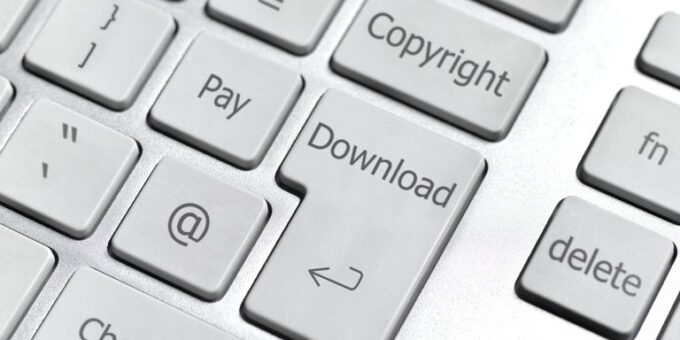 As the internet and other modern technology have moved forward, current copyright law has struggled to keep up, but how do copyright laws and policies – and the technology used to detect and delete content that is considered to be a copyright violation – affect smaller media websites as they attempt to compete with larger media outlets?

The Fair Use Doctrine

As a rule, using a 70-30 ratio of new and old content is considered to be an acceptable use format. Plus, journalists for smaller news outlets are encouraged to use more than one source for their reports. Also, the “always give credit where credit is due” rule applies more than ever to online articles. Linking to news sources encourages readers to visit the original news source to learn more about the story.

Modern copyright technology has come a long way from the early days of the internet. The pioneering days of the web were more of a wild west situation, with users self-policing themselves when it came to deciding on fair use and copyright violations. Modern times see automated systems that determine whether the content that users post is violating someone else’s copyright.

Media giant YouTube, for example, uses an automatic system that checks any video uploaded to their site for copyright violations. If uploaded content shows a match to content already on the site, the original uploader is notified. The user can then decide whether to block your content or monetize it, meaning that they get the money you might have made from ads.

While many would like to believe that the technology used by YouTube is foolproof, it most definitely is not and can sound copyright violation alarms when there is no basis for such an alert. (I have personally had this happen to me.) In addition, the service errs on the side of copyright holders when manual infringement claims are submitted.

Large media outlets of other types also have similar systems in place, be they automatic or of a more manual nature with humans searching the web for content that might match their employers’ content.

The European Union’s recently approved copyright directive could prove to hamper online creativity and freedom, due to its possible effect on everything from Google search results to user-generated content on Facebook, YouTube, and other social and content sharing networks.

Several critics of the directive claim it will open up internet users to abuse by copyright trolls. Social networks will be required to individually scan each upload to determine whether or not it violates copyright. Smaller social platforms could find it expensive to implement the costly technology this would require, leading to smaller services possibly shutting down.

Critics also claim lawmakers could use the new rules to force online sites to approve the removal of videos, images, and any other content they find “offensive.” They fear the rules could lead to an online environment such as the one found in Russia, where some users now face charges of extremism for the posting of political memes and other content on social media.

Although modern copyright technology can be somewhat of a hindrance to smaller journalists, it can also help them. By using services such as Grammarly, journalists can immediately tell if their content could be considered plagiarism against the content of other online news outlets.

By merely taking a few moments to copy and paste their article into a service such as Grammarly, journalists will receive a report about which parts of their article could be considered to be infringing of other websites’ content.

Why a Free and Creative Internet is Important

A free and open internet is a requirement in today’s world in order to eliminate barriers that could prevent the flow of information to users around the world. Copyright rules and the technologies being used to enforce such regulations can have a chilling effect on the freedom of content on the web.

Bill Hess is the founder of Pixel Privacy. Whether it be one of our in-depth guides or our expertly crafted “how-to” articles, we’re here to show you how to stay safe online.