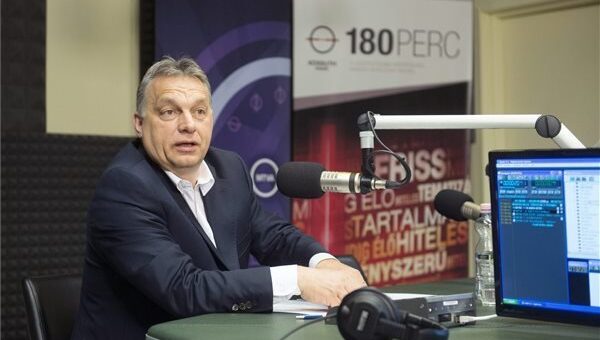 Hungary’s pro-government media outlets get together to create a powerful media conglomerate. The stink of the old communist days is in the air.

The owners of most pro-government media outlets in Hungary announced in late November 2018 that they have all agreed to donate their companies to a foundation. The move is expected to lead to the emergence of a right-wing media mammoth that will control a large chunk of the Hungarian media market. According to some estimates, roughly 80% of the country’s media, if not more, will be controlled by the new entity.

The foundation that will own the pro-government media assets will be named Central European Press and Media Foundation (CEPMF). The media companies that will be part of this foundation include television channels, internet news portals, tabloid and sports newspapers, all the local newspapers in Hungary, a handful of radio stations and a slew of magazines. TV stations such as Hir TV and Echo TV, the news portal Origo.hu, and the newspapers Magyar Idok and Figyelo will be part of the new structure.

Most of the media outlets that are going to be donated to the foundation are controlled by oligarchs close to Hungary’s Prime Minister Viktor Orban. They have bought these assets in recent years.

Independent media observers agree that this is an “unprecedented move” in Europe. Agnes Urban, a media analyst with Mertek Media Monitor, a Budapest-based NGO, said that “there will be total control over the right-wing media close to the government.” She added that the media system will be much cheaper to operate thanks to the new structure.

CEMPF’s representatives argued that the consolidation of the media outlets under the foundation’s umbrella is aimed primarily at helping ailing print media in Hungary. They say that journalists working for the new conglomerate will be fully independent to do their work.

International organizations have strongly condemned the merger. The European Centre for Press and Media Freedom (ECPMF), a Leipzig-based NGO, called it a “blunt anti-media freedom action.” Marius Dragomir, Director of the Center for Media, Data and Society (CMDS), an international think tank based in Hungary, told ECPMF: “With this new conglomerate controlling most of the media in Hungary, it will be practically impossible for anyone else to compete on the market.”

Mr Dragomir said that the planned reorganization of the Hungarian media only resembles the takeover of media by communists in Eastern Europe following WWII. He says that after 1945, the Communist Party took control and centralized news media in every Eastern European country. The Central European Press and Media Foundation follows this very pattern. “The next move will most probably be the creation of a central editorial office to control the news flow,” Mr Dragomir said.

It looks like Hungary is going back where Eastern Europe was in the 1950s.