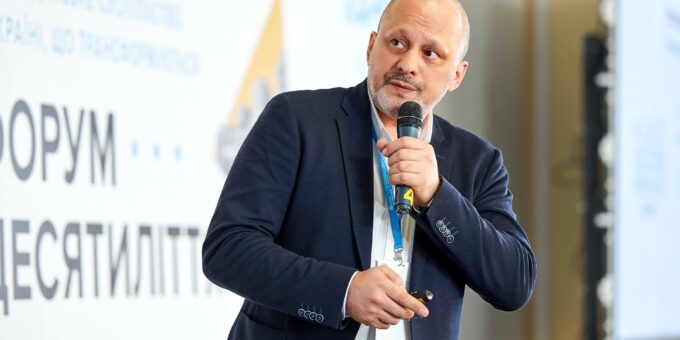 The director of Ukraine’s public broadcaster UA:PBC, a feisty and forthright journalist, is given the boot as the country prepares for presidential elections.

Zurab Alasania, the director of Ukraine’s public broadcaster UA:PBC, was unexpectedly fired by the station’s Supervisory Board. The sacking raises concerns about censorship and political pressures, according to independent observers and journalists.

The Supervisory Board of UA:PBC made the decision during a secret vote on 31 January 2019. However, the issue was not on the meeting’s approved agenda. It was suddenly brought up by one of the 12 board members sitting on the Board, UA:PBC’s main governing structure. No official explanation of the decision has been offered yet. Mr Alasania expressed his intention to challenge the decision in court.

Lack of compliance with procedural requirements aside, the manner in which Mr Alasania’s contract was terminated is believed to be politically motivated in a year when Ukraine expects two rounds of elections: presidential and parliamentary elections in March and October, respectively.

Mr Alasania is known to be an outspoken journalist and an independent manager. Under his leadership, UA:PBC did not shy away from carrying out investigations of corruption among oligarchs and politicians, including the president Petro Poroshenko. Ozy, a news portal, called him “the maverick media mogul taking on Ukraine’s corrupt system.” The rush to sack him one month or so before the first round of elections is, in the view of many independent experts and journalists, a political move.

Yulia Tymoshenko, who’s running for the Ukrainian presidency as a representative of the Batkivshchyna Party, said that Mr Alasania’s sacking was dictated by Mr Poroshenko, who is trying to bring media into line since he is trying to secure his second term in office next month. Experts say that Mr Poroshenko’s Bloc Solidarity party was not much featured on UA:PBC, which irked him and his party fellows.

Ukraine’s UA: PBC was officially established in January 2017. The event was hailed by local independent journalists as a milestone for independent media in a country where the media market is divided among various political and financial groups.

Nevertheless, two years later, the young broadcaster is currently sailing through troubled waters, undergoing a difficult restructuring process (including its 28 local branches) and a costly transition to digital broadcasting. On top of that, the station is grappling with financial shortages. In November 2018, only 57% of the funding from the state budget guaranteed by law for UA:PBC was approved by the Ukrainian Parliament, according to a report recently released by the Council of Europe.

Mr Alasania was named head of the station in 2014, before its transformation into a public broadcaster. At the time, the broadcaster operated by as the National Television Company of Ukraine (NTU). In November 2016, Mr Alasania resigned following skirmishes with authorities over funding needs. In April 2017, he was appointed at the helm of the newly created UA:PBC.

In an election year, control of a public broadcaster that reaches over 90% of Ukraine’s households is a coveted asset. Several NGOs and media institutions expressed deep concern about the situation. Initiative 34, a loose alliance comprising dozens of independent journalists, was formed in Ukraine purposely to denounce Mr Alasania’s dismissal and to demand that it be overturned. The initiative’s name drew inspiration from the Article 34 of the Ukrainian Constitution, which refers to freedom of speech and expression.

Mr Alasania said that his early dismissal didn’t surprise him as he had been put under pressure for a long time. He will hold the position of managing board’s head for two more weeks. The minutes of the meeting (if they were not tampered with) should shed light on the reasons behind the early termination of Mr Alasania’s contract. They are to be published on the broadcaster’s website within a week after the Board meeting, as required by law.