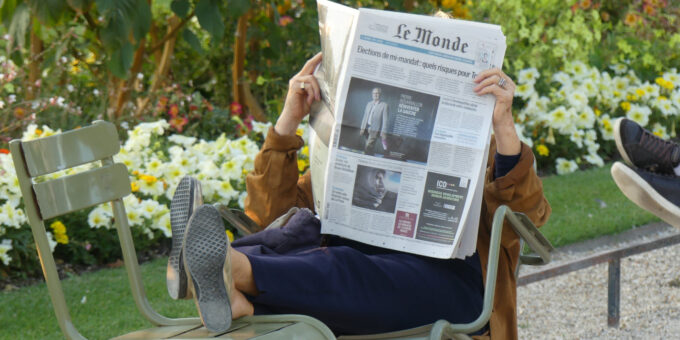 Large, established media, including public service outlets, dominate the Twitter market in much of Western Europe, but less in the east.

French Le Monde, El Pais of Spain, Germany’s Spiegel Online and Austrian DerStandard lead in their local Twitter markets, with indices of over 90. The Twitter Index measures the reach of news media in the Twitter Universe by comparing the number of followers with the total number of Twitter users in a given country. Essentially, the index shows you how many people media and news platforms reach in 100 Twitter users.

Public broadcasters, particularly in Western Europe, have a strong presence on the network. VRT, a public broadcaster in Belgium, leads in its country ranking with a score of 90.4. Denmark’s public service media outlet DR is also the leader in its home Twitter market with an index of 45.5. Germany’s public broadcaster ARD comes second in the country’s Twitter media with 2.45 million followers and an index close to 90. Finally, the British BBC leads with three different accounts, BBC Breaking News, BBC World Service and BBC News UK.

However, the situation is somewhat different in Eastern Europe. Although established news media also tends to draw the biggest crowds of Twitter users in most of the Eastern European nations, public media are conspicuously absent from the local top rankings or lag behind other outlets. Exceptions include the public broadcaster in Slovenia, RTV Slovenija, which ranks first, Czech TV, which leads with two Twitter accounts, or the Serbian public station RTS, which comes second after the more popular tabloid Blic. Public broadcasters from Poland, Hungary or Romania lag behind with lower numbers or even inactive accounts.

The media outlets at the very top of the Twitter Index are – to a certain degree – the ranking’s outliers. The index’s leader, Reykjavik Grapevine has a mindboggling index of 448.2. That is, however, a result of the small market where the magazine is established (Iceland, a country with less than 340,000 souls) coupled with its great exposure, given by the language in which it is published (English).

Other outliers include Klix and Radio Sarajevo from Bosnia & Herzegovina or Blic online from Serbia. These outlets’ high scores are explained by their reach to a bigger language market across the Balkans where people understand each other across borders. The same can be said about Le Monde, BBC Breaking News and El Pais, news outlets whose indices of over 100 are partly fueled by their extended language reach. (To fix this methodological issue, MediaPowerMonitor has also created a Twitter Language Index).

One notable presence in the European Twitter News Index is RT en Espanol, the Spanish channel of the Russian government media outlet RT. With almost 3 million users, it is the 50th most effective player on Twitter in Europe with an index of 48.7. However, as in the case of other media companies that operate in major languages, much of that popularity is probably due to RT en Espanol’s outreach beyond Spain, to many Latin American nations. RT Spanish is based in Moscow, but it has offices in Miami and Los Angeles in America and Madrid in Spain as well as in Nicaragua, Venezuela, Cuba and Argentina

Although Twitter is one of the smallest social networks in the world by number of users, its European market is rather vibrant, with over 105 million users, according to data collected from Twitter and social media research outfits. That accounts for nearly a third of the total number of Twitter users globally. The biggest Twitter nation in Europe is the UK, with nearly 31 million users, accounting for nearly half of the country’s population.