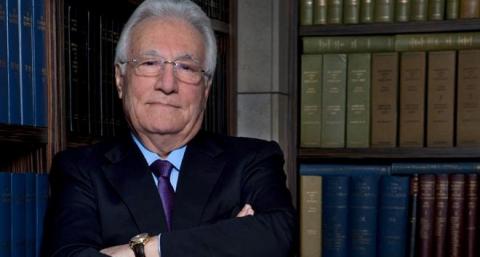 A wealthy and influential lawyer buys the sole English newspaper in Cyprus. The real motive: cleaning his digital record.

The announcement by Cyprus Mail yesterday that the newspaper was taken over by Andreas Neocleous, the founder of a major Cypriot law firm, who in the past years has been embroiled in a series of controversies, is raising eyebrows in the local journalism community. Why would a wealthy lawyer care about a daily newspaper that sells, according to the most generous estimates, a paltry 4,000 copies?

“He didn’t buy a newspaper; he bought a pack of [internet] links,” a journalist with Cyprus Mail, speaking on condition of anonymity, told MediaPowerMonitor. The newspaper’s management was ordered immediately following the purchase to delete all the links to stories that covered the scandals in which Mr Neocleous is involved, the journalist said, adding that the atmosphere in the Cyprus Mail newsroom is tense as many staff writers, unwilling to take orders from the new owner, are planning to jump ship.

A source close to a Cyprus Mail writer said that even the job of the newspaper’s editor-in-chief, Jean Christou, is on the line. She has been working with the newspaper since 1990 when she relocated to Cyprus from her native Ireland. Ms Christou took the helm of the publication ten years ago. Stories deleted from Cyprus Mail’s portal included several articles written by Ms Christou.

The Cyprus Mail journalist says that the deal was probably worth Mr Neocleous’ pocket money in trying to erase traces to unflattering articles about him and his business circles and family. None of the parties disclosed the value of the Cyprus Mail deal. Its publisher referred to it as a “significant investment from a prominent Limassol lawyer.”

Mr Neocleous has solid reasons indeed to hide his history. A founder of the law company Andreas Neocleous & Co LLC, he has been serving a spate of wealthy Russian businessmen, including Dmitry Rybolovlev, formerly the biggest shareholder in the Bank of Cyprus who was charged with bribery in Monaco, according to the Organized Crime and Corruption Reporting projects (OCCRP), a journalism outfit.

Mr Neocleous was also ensnared in a thicket of allegations, according to which his company bribed former deputy attorney-general Rikkos Erotokritou. Three years ago, this prompted attorney-general Costas Clerides to order an investigation, which landed Mr Neocleous’ son Panayiotis in prison. Last year, though, the son was released after Cypriot President Nicos Anastasiades, a friend of Mr Neocleous, pardoned him.
Cyprus is a preferred cash-stashing destination for Russian businessmen and investors. According to estimates from local journalists, more than 60% of the deposits in Cypriot banks originate in Russia. The family law business set up by Mr Neocleous is known to be serving many in this large pool of clients. Some compare his company with Mossack Fonseca, the law firm whose leaked data led to the Panama Papers, an investigation run by a global journalism network.

Journalists interviewed for this report say that, in fact, Cyprus Mail seems to be just the first victim of Mr Neocleous in his attempts to stop a bigger leak or investigation that can reduce his business empire to ashes.

Mr Neocleous’ life before his law firm is not gratifying either. In the 1950s, he fought with EOKA, a Greek Cypriot nationalist guerrilla organization, to end the British rule on the island. In the 1970s, he became a politician, but a decade later he left politics to launch his legal business. It is during this time that he cemented his relations with law enforcement agencies and influential businessmen and politicians from Russia.

None of Their Business

Mr Neocleous’ investment in Cyprus Mail is likely to sound the death knell for independent reporting in English on the island. One of the oldest newspapers in Cyprus, with its history harking back to 1945, Cyprus Mail has been the sole English language daily on the island since 2017 when its rival, Cyprus Weekly, folded for reasons left unstated. Local journalists say that financial problems put the Weekly out of business.

Cyprus Mail is much smaller than its now defunct competitor, which two years ago was said to sell over 14,000 copies. Today, the Mail is the lowest circulated daily in Cyprus, a country of some 1.2 million. The biggest newspaper is Phileleftheros, a Greek-language publication with a circulation of some 20,000 copies, according to industry estimates.

The Cypriot media market is heavily politicized, most of the newspapers being affiliated with or unofficially supporting political parties. Moreover, many of the prominent media owners have a litigation or corruption history.

Kıbrıs (meaning “Cyprus” in Turkish), the country’s second largest daily newspaper, is owned by Asil Nadir, a Turkish Cypriot businessman who in 2001 was convicted for false accounting and theft in a British court. The newspaper is said to sell some 10,000 copies daily. Greek-language Alithia, one of the three most popular dailies on the island, is connected with the conservative Democratic Rally party. Another Greek-language daily, Haravgi, is affiliated to AKEL, the Progressive Party of Working People.
These links and the political connections are proof that media in Cyprus, an EU country, is far from being a profitable operation, run purely for business purposes. News outlets are established primarily to serve their owners and their interests and friends.

Overall, the Cypriot print media market sports seven dailies and 30 or so weeklies. The combined circulation of the country’s daily newspapers is estimated to hover around 60,000 copies, down from 100,000 copies a decade ago. However, circulation data should be taken with a grain of salt as the country lacks an audit bureau of circulations.

As internet penetration has grown rapidly on the island in the past decade to nearly two-thirds of the population, many of the media tried to find the silver bullet in digital. It hasn’t worked: online media take-up has been slow. No news media outlet reaches a Facebook News Index of at least 10 in Cyprus, according to a global ranking measuring how effective news media are in reaching out to readers on social networks. That means that no Cypriot news outlet gets the attention of more than 10 in 100 local readers, which is one of the lowest rates in Europe.

Moreover, the performance and impact of the country’s media are marked by ethnic divisions. Turkish newspapers target Northern Cyprus, a state recognized only by Turkey that has some 320,000 inhabitants. Greeks live in the rest of the island and consume their own media.

Of all media, only Phileleftheros has made inroads in the digital market through a proper business strategy. It expanded its portfolio by launching several magazines and radio stations. Its flagship newspaper boasts the largest audience on the Cypriot Facebook news market with over 114,000 followers.

Cyprus Mail has only 28,000 Facebook followers, but it’s big on Twitter with an audience of nearly 56,000 readers. With its new owner, many of those fans may soon vanish.