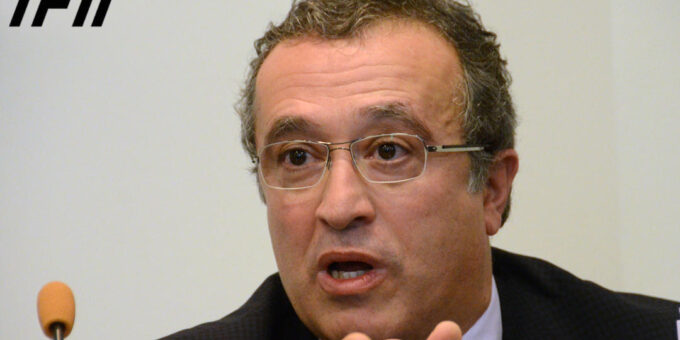 “Now I have to say goodbye.” This is how Diana Jojua, one of the most prominent anchors on Rustavi2, Georgia’s most watched television chain, announced her resignation on 20 August 2019 during Kurieri, the station’s top newscast. “This is the end for me as well,” said the news presenter Mikhail Sesiashvili, Ms Jojua’s colleague. The two then left the studio.

The resignations followed the sacking of many of Rustavi2’s journalists, including the station’s head, Nodar Meladze, by Kibar Khalvashi who has recently bought the outlet.

Mr Khalvashi, a businessmen, is known to have ties with Georgian Dream political party, according to a report on the state of media in Georgia recently released by the Center for Media, Data & Society (CMDS), a Budapest-based think tank. Mr Khalvashi owns some 60% of the shares in Rustavi2 and another 40% through Panorama, a limited liability company, according to data from CMDS. The channel’s owners before Mr Khalvashi were the Karamanishvili brothers, two local businessmen whose list of friends includes the former President Mikheil Saakashvili.

With Mr Khalvashi in control, Rustavi2 is expected to become a mouthpiece for Bidzina Ivanishvili, a wealthy businessman who leads the Georgian Dream party, now in power in Georgia.

Local media reported that, through intermediaries, Mr Ivanishvili has already started to make pressures on the station to change its editorial policies.

In the past, several powerful politicians tried to take over Rustavi2, an influential and revenue-generating news outlet.

The station commands nearly 28% of the Georgian audience, the highest in the country. It is followed by Imedi, a channel controlled by the family of Badri Patarkatsishvili, a controversial Georgian businessman who in the past wanted to become President. He died unexpectedly in 2008 in London. Third comes GDS, another Patarkatsishvili-owned channel, with an audience share of only 6%.

Rustavi2 is also the largest group by revenue in Georgia’s media industry. It generated some GEL 32.2m (€9.8m) in 2018, more or less the same as in the previous year, according to CMDS.