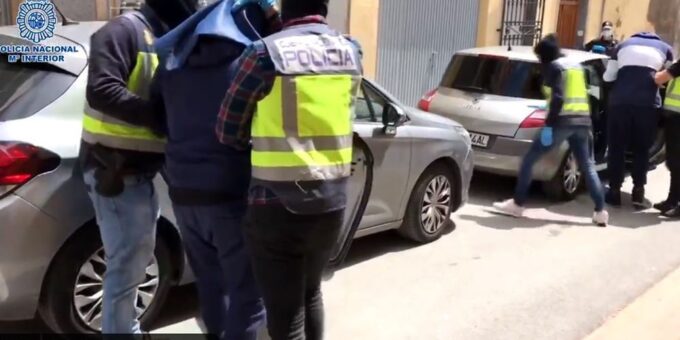 A loan agreement signed with the Russian Federation, worth €200m has been hastily approved by the Government in Chisinau. It is yet to be ratified by Parliament. The agreement was come under critical scrutiny as economic experts are warning that the document puts forward extremely dangerous provisions for Moldova. They argue that the agreement can significantly harm the economic security of the Moldovan state and encourage corruption.

A year after President Volodymyr Zelensky won the presidency in the 2019 election, Ukrainian television channels aired a 50-minute documentary about his first 11 months in office. Produced by Zelensky’s office, the film waxes lyrical about the president.

The U.S. Embassy in Kyiv denied reports that U.S. military is running laboratories in Ukraine, saying that this information was spared through Russian fake stories.

A judge of the National Court in Spain agreed yesterday to send to prison without bail Abdel Majed Abdel Bary, an alleged fighter of the self-styled Islamic State (ISIS). He was arrested earlier in the week in Almería. Abdel Bary was considered by security forces and intelligence services as an “extremely violent” terrorist. He reportedly entered Spain clandestinely from North Africa.

Two companies investigated for delivering diluted disinfectants to hospitals in Romania, received, without tender, at least 10 contracts from hospitals across the country during the past month. The companies G&M 2000 SRL and Al Carina SRL are being investigated following a criminal complaint filed by the Ministry of Health. The representatives of these companies are accused of fraud, document forgery, failure to combat diseases and marketing of adulterated products.

The Romanian carmaker Dacia saw its global sales down by 40% in the first quarter of this year compared to the same period in 2019. Sales of the entire Renault group (which owns Dacia) fell by 26% and turnover by 18% during Q1 2020.

More than 100,000 pregnant women will not be able to undergo medical abortions in Moscow as a result of the restrictions imposed in the city during the coronavirus outbreak. Only three out of the 44 clinics in Moscow said they would continue to provide abortions through the national compulsory medical insurance program.

The new chief editor of Vedomosti, the largest business newspaper in Russia, ordered employees to refrain from publishing articles that criticize the constitutional changes proposed by President Vladimir Putin.

The Kremlin confirmed plans to hold a referendum on the constitutional amendments that would allow President Vladimir Putin to extend his time in office. Putin, who has been in office either as president or prime minister since 1999, would be able to serve further terms without a break if the legal provisions are adopted.

Wildfires have been ravaging Biebrza National Park in northeastern Poland since last Sunday. The country experiences the most severe drought in decades. The blaze has spread to around 6,000 hectares.

More than six in 10 Poles did not read a single book last year, a study from the country’s National Library has found. Only 39% of Poles read at least one book in 2019, up from 37% in the previous year.

Greek Tourism Minister Harry Theocharis announced on Tuesday that the country is mulling the idea of introducing a “health passport,” which will prove that tourists coming to Greece do not suffer from Covid-19.

Croatia may give Czech tourists special access to its beaches this summer by creating “tourist corridors.” To enter Croatia, Czech tourists would need to present a certificate that they are not infected with the virus.

The first trial of suspected members of Syrian President Bashar al-Assad’s security services who are accused of crimes against humanity, including torture and sexual assault, has begun today in Koblenz, Germany.

Last year Swedbank was once again the most profitable bank in Latvia with audited neat earnings worth €98.15m, a decline of 11.7% compared to 2018. Four banks in Latvia posted losses last year.

The Visegrad Group consisting of Hungary, Slovakia, Poland and Czechia, promised to provide €35m to Libya help that country, among other things, to contain the coronavirus epidemic.

Almost one month after the regime of Albin Kurti in Kosovo was toppled in a no-confidence vote, Isa Mustafa and Ramush Haradinaj on Wednesday began to form a new coalition government.

The daily Paris-Normandie was placed under forced administration by the commercial court in Rouen. The newspaper has three months to find a buyer. The newspaper was founded in 1944 in Rouen. It now employs a staff of 240.

The Canada Pension Plan Investment Board and the Dutch pension administrator APG joined forces with ESR Cayman, a company listed on the Hong Kong stock exchange, to create a Korean logistics joint venture. They have so far committed some US$ 1bn to it. The move was prompted by the ongoing growth of the e-commerce sector in South Korea, which nearly sextupled between 2009 and 2018 to some US$ 92.4bn.

Some 60% of the clothing manufacturing factories in Cambodia have been affected by the Covid-19 pandemic, according to data from the Garment Manufacturers Association in Cambodia (GMAC). That was due to cancellation of orders for ready-made garment from abroad. The industry expects some 500,000 job losses because of the crisis.

Vietnamese authorities rejected accusations made in a report released by an American cybersecurity firm that hackers controlled by Vietnam’s government attempted to break into Chinese state organizations that were working to contain the coronavirus outbreak.

President Donald Trump said on Wednesday that he had instructed the U.S. Navy to destroy any Iranian gunboats that harass American ships at sea.

YouTube announced that it is banning on its platform any coronavirus-related content that directly contradicts advice from the World Health Organization (WHO). Owned by Google, YouTube said that it will remove anything that it deems “medically unsubstantiated.”

A total of 75 media organizations and journalism networks around the world have signed a letter asking social media and content-sharing platforms to preserve all data they have blocked or removed during the coronavirus pandemic. They want all these data to be offered to researchers and journalists to be studied in the future.

Six of the world’s prominent makers of plasma products, Takeda, CLS Behring, Biotest, BPL, LFB and Octapharma, signed an agreement to jointly work on developing a possible treatment against coronavirus, which would be derived from human plasma. No agreement of this scale has been signed before.

The low-cost airline Ryanair said that it will stop flying if rules to keep middle seats empty will be imposed on airlines as a way to prevent disease transmission. The airline’s boss Michael O’Leary says airliners will not be able to make money if such rules, which he called “idiotic,” will be introduced. Ryanair is known for its poor service, hidden costs, limited passenger space and strict limits on luggage carried on its flights.