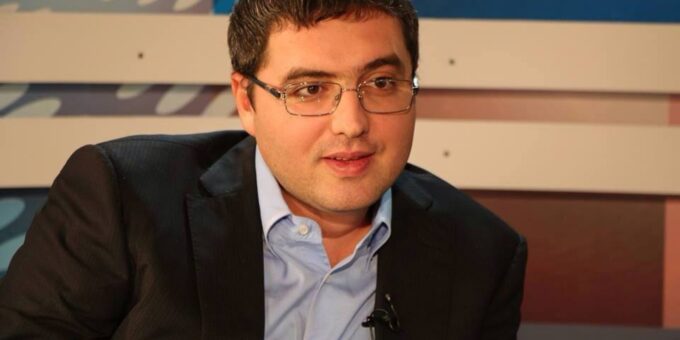 Russian energy colossus Tatneft is expected to cancel a planned dividend payout to shareholders as a result of the adverse situation on the oil market. Tatneft is the first Russian producer making such a decision.

Russia’s Supreme Court has ruled it illegal to discuss “fake news” about the deadly coronavirus pandemic in public in addition to publishing such information. As of 1 April 2020, Russian legislation punishes with person of up to five years those who spread false information about Covid-19. According to the new rule, of the Supreme Court, the punishment extends to individuals who “not only use mass media and telecommunication networks, but also speak at meetings, rallies, distribute leaflets and hang posters.”

Officials in Bosnia &n Herzegovina are drawing up a list of illegal migrants that it plans to deport. It follows comments by local government minister who said that the country is not a “parking lot” for migrants heading to the European Union.

An agreement for a loan worth €200m to be received from the Russian Federation was approved by Moldova’s Parliament in spite of the harsh criticism of the opposition. Pro Moldova and PAS party appealed the parliament decision with the Constitutional Court.

The leader of Our Party and the mayor of the Moldovan town of Balti, Renato Usatii (pictured), is expected to be convicted today by the Investigation Department of the Ministry of Internal Affairs in Russia for criminal activities that included laundering of Russian money. The main culprit in this investigation so far has been Vladimir Plahotniuc, the former leader of the Democratic Party of Moldova.

Retail sales in the British market fell a record 5.1% in March as many stores had to shut down as a result of the pandemic. Data from the Office for National Statistics (ONS) show the steepest decline in retails sales since it started collecting the data in 1996.

Budapest Airport saw its traffic down by 99.3% this month compared to April 2019. Only 275 passengers are scheduled to fly this month.

MEPs Tamás Deutsch and Balázs Hidvéghi, belonging to Fidesz, the ruling party in Hungary, and the Christian Democrat MEP Gyorgy Hölvényi from a party in the ruling coalition with Fidesz, published an open letter on Fidesz‘s website addressed to Donald Tusk, the president of the European People’s Party (EPP), to which Fidesz (still) belongs. The Hungarian MEPs expressed their indignation towards a recent interview that Tusk offered to Spiegel in which he called Viktor Orban, the Fidesz head and the Hungarian Prime Minister, a Nazi.

An advocate general of the Court of Justice of the European Union (CJEU) said yesterday that accommodating asylum seekers in the transit zone on the Hungarian-Serbian border, close to the town of Röszke, was basically unlawful detention.

BDPST, a real estate developer, is going to sell its 29.3% stake in the company Appeninn. István Tiborcz, majority owner of BDPST and son-in-law of Prime Minister Viktor Orbán, said that ethics prompted him to plan this move as he does not want to be a stakeholder in a company that takes part in state and municipal tenders. Appeninn has recently received state funding worth HUF 2bn (€5.6m) to develop two real estate development projects at Lake Balaton in Hungary.

The Hungarian Police said that it plans to investigate allegations of an “external attack” that led to the dramatic devaluation of Hungarian currency, the Forint. The police is to act on accusations made by a legal expert from an economic research institute that supports Fidesz, the ruling political party in Hungary.

A strategy of economic development targeting ethnic Hungarians living in Transylvania, a region in central Romania, has drawn the attention of Romanian media. Known as the Kos Karoly plan, the strategy was designed by the Hungarian government in cooperation with members of UDMR, a political party of the ethnic Hungarians in Romania. The plan aims to give financial support to farmers in Transylvania.

A crime ringleader in Timişoara, a city in western Romania, Lucian Adrian Boncu is being investigated for ordering the shooting of journalist Dragoş Boţa, editor-in-chief of Pressalert.ro, a Romanian news portal. A police officer who allegedly helped Boncu with confidential information about the investigation, is also involved in the case.

Romania has almost 27,000 km of dirt roads and 866 km of motorways, according to the latest report from the National Statistics Institute.

The Romanian government wants to help the media during the ongoing crisis by awarding them funds worth RON 200m (€41.3m) to run a coronavirus information campaign over the course of the next four months. With local and parliamentary elections scheduled to take place in the upcoming autumn, some media outlets refused on ethical grounds the governmental funds.

President Andrzej Duda, a supporter of Poland’s ruling nationalist party, is set to win re-election by a landslide in May, according to two of the most recent polls.

Consumer confidence in Poland has declined to its lowest level since 2004, according to data from the country’s Central Statistical Office (GUS). Compared with April last year, the consumer confidence index dropped by 43.6 points and slid into -36.4 points.

The acting director of the Rīga municipality Iveta Zalpētere issued a directive on 22 April that creates a management advisory board for municipal companies and shares whose tasks will include advising on municipal strategic project documents.

The Latvian government plans to support Rīga International Airport operations during the state of emergency by using state financial resources of €54.4m to buy equity into the company that runs the airport.

More than UAH 80bn (€2.7bn) is to be allocated for road repairs in Ukraine in 2020. This is an unprecedented amount for such works. The funding appeared in the updated State Budget of Ukraine.

Rick Bright, director of the Biomedical Advanced Research and Development Authority, was unexpectedly dismissed from his position on Tuesday. The reason seems to be Bright’s opposition to efforts aimed to widen the availability of a coronavirus treatment pushed by President Donald Trump.

A Belizean businessman who was arrested in November 2019, is being prosecuted for interfering in Hong Kong’s affairs and endangering Chinese national security. The businessman, Lee Henley Hu Xiang, is accused in official reports of providing capital to “anti-China groups” based in the U.S.

India has opened a new point in a disputed part of its border with China. The new bridge can bear 40 tons of weight. It was built in Arunachal Pradesh, the northeast region of India that was claimed by China. The bridge opening is likely to reignite the China border dispute.

European Investment Bank (EIB) approved an investment worth €75m in the biotech company CureVac. The money is to be used to develop an experimental coronavirus vaccine. The decision highlights a process through which EU tries to back CureVac, a German company, in the global race for Covid-19 vaccines. It comes after it surfaced that the U.S. tried to buy the company.