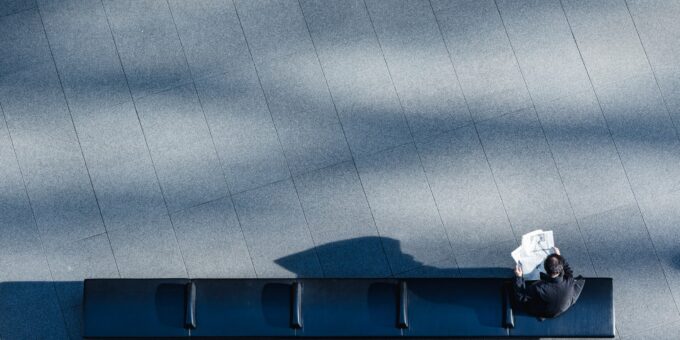 A criminal case was launched in Russia by the Investigative Committee against a person who published a two-minute video satirising a series of outlandish conspiracy theories. The man is accused of spreading false information that can threat people’s life and safety, which is a crime in Russia, according to legislation adopted last week in the country.

The number of Russians filing for bankruptcy increased by 68% between January and March 2020, compared to the same period last year. However, the high rate of bankruptcies is not the result of the Covid-19 crisis, but rather the preferred form of going bust by seriously indebted people.

Russia bribed football officials to brain the right to host the 2018 FIFA World Cup, according to the U.S. Justice Department. It is the first time the American administration makes public these accusations.

Yevgeny Prigozhin, a magnate with close ties to President Vladimir Putin, sued an opposition activist for libel. The activist claimed that Prigozhin ordered a poisoning attack on her husband.

Prime Minister Boyko Borissov announced that he had ordered the dismissal of the CEO and the board of the Bulgarian Development Bank. The reason for the dismissal was the award by the bank a loan in the value of €32.5m to a company with annual revenues of €1,000.

According to newly introduced legal provisions, retailers in Bulgaria will have to sell foods produced in the country in a proportion of at least half of their total shelf space.

The Bulgarian Consul in the Hague demanded a “coronavirus fee” for those seeking consular assistance. Svilen Iliev was asking for a 5€ fee from Bulgarian citizens in need of advice. Foreign citizens were charged a double fee. Pin money for dark days.

An assistant to the mayor of Novi Pazar, a town in Serbia, was dismissed after he criticised President Aleksandar Vucic’s recent visit to deliver medical supplies and equipment as “political campaigning.”

During one single day (on 27 March 2020), the city hall of the Bucharest District 2 granted without an auction 50 contracts with a total value of €600,000 to a company, Belmar Prod, located in the Neamt county. The object of the 50 contracts is the provision of children’s playgrounds and playing equipment such as swings and cottages. Belmar Prod has so far got 169 direct public contracts in the last few years.

Four MPs from the left-wing party PSD and several other directors from the Roads and Bridges Administration Timisoara are prosecuted for bribery and traffic of influence.

City halls across Romania wash the streets in order to disinfect them with a biocide that is not recommended by the World Health Organization (WHO). The biocide kills bacteria but not viruses. Just in the first few days some 100 tonnes of this biocide were already ordered from the producer, a company called Chimcomplex.

A gang of 10 thieves that are suspected to be behind at least 57 robberies on the Costa del Sol in Spain were detained by the Spanish police. They assaulted religious temples, golf courses, supermarkets, restaurants, jewelry stores and car rental businesses.

The National Bank of Moldova (NBM) claims that the award of emergency loans of a total amount of over RON 13.5bn to the Savings Bank, the Social Bank and Unibank was “in accordance with the legal framework.” The loans were awarded between November 2014 and April 2015 to cover damages caused by the theft in 2014 of US$ 1bn from the three banks.

The cost of the epidemic for the store chains in operation in Hungary has reached at least HUF 25bn-HUF 30bn so far, according to National Trade Association (OKSZ).

Algis Latakas, former production director at Klaipedos Juru Kroviniu Kompanija (Klaipeda Stevedoring Company, or Klasco), the largest freight operator in the port of Klaipeda, has won the competition for the post of CEO at the Klaipeda State Seaport Authority.

The Seimas of Lithuania yesterday endorsed the appointment of Darius Jauniskis as director of the country’s State Security Department for a second term.

Opposition parties Saskaņa (Harmony) and the Zaļo un Zemnieku savienība (Greens and Farmers Union, ZZS) continue to register the greatest levels of support among voters in March ratings, according to the latest polling carried out by the SKDS pollster.

The authorities in Bosnia & Herzegovina may seek arbitration after Croatia approved storage of nuclear waste to be built near Bosnian border.

Ihor Kolomoisky, one of Ukraine’s richest oligarchs, former owner of PrivatBank, is to face trial at the High Court in London next year after the UK Supreme Court rejected his request to appeal an earlier verdict. Kolomoisky, and a number of co-defendants including his business partner Hennadiy Boholyubov, wanted to appeal at the Supreme Court a judgment made last October that ruled that Ukraine’s state-owned PrivatBank could go ahead wth a civil claim for damages in English courts worth at least US$ 3bn.

The consortium of companies Smich ON, which includes the design companies AFRY CZ, Sagasta, Siebert + Talaš and Jakub Cigler architects, plans to appeal against its exclusion from the tender to select the architecture company that is to design a new rail terminal in Prague’s Smichov area. Smich ON claims their offer was CZK 13m lower than the one offered by the winning party, a consortium led by Sudop Prague that included the companies Sudop EU, Metroprojekt and A69-architekti.