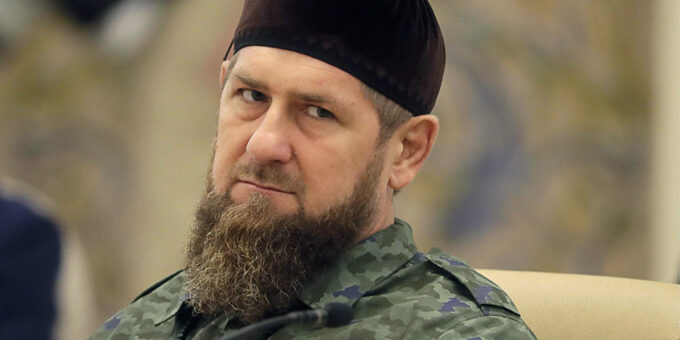 Kyiv officials have issued a warning to citizens to close their windows and stay indoors as smoke covered the city on the evening of 16 April. The smoke was caused by a flare-up of forest fires in the Chernobyl exclusion zone.

Yesterday parliament adopted a new special procedure that will allow lawmakers to vote on amendments in batches if the number of amendments to a single law is over 500. The decision was triggered by a recent case where lawmakers tried to stop a controversial law by making thousands of amendments.

Iran has been pushing Ukraine to sign a document that will oblige relatives of the victims of the crash of the Ukraine International Airlines passenger plane over Tehran to waive the right of further litigation. Iran wants the crash to be categorized as“human error.”

The Czech Audit Commission of the National Accreditation Office (NAU) for Higher Education found that all faculties of the University of Ostrava breached the university law and other regulations. The school thus runs the risk of losing its institutional accreditation.

Hungaryʼs government plans to lower the VAT rate for home construction at brownfield sites to 5%, from the current 27%.

Hungary’s former ambassador to Washington D.C., László Szabó, has been appointed to head Mediaworks, a media holding close to the ruling party Fidesz, which controls some 500 media outlets in Hungary. The former director Gábor Liszkay decided to step down.

As of 1 November 2020, the staff working for museums, library, archives, public culture institutions, theaters, and orchestras will lose their status of public employees, according to a recent government decision, which is expected to affect 20,000 people. The public employee status was established in 1992. Hearing the news, culture workers expressed their “shock and outrage.”

Opposition parties and trade unions slammed the government’s decision to ease labor regulations for employers. A new bill allows employers a two-year period when they could unilaterally order employees to work overtime to make up for the days off taken during the coronavirus epidemic. Employers do not need a collective agreement or the union’s green light to do so.

Estonia has become the third country to join the Three Seas Initiative Investment Fund, alongside Poland and Romania. The fund is expected to finance infrastructure projects in the energy, transport and digital sectors in Central and Eastern Europe.

The government lifted the ban on cereal exports to non-EU countries. The ban was decided one week ago and was criticised by the European Commission as well as by local farmers.

PLUS, an opposition political party, lodged a complaint with the Anticorruption National Directorate (DNA) against Daniel Florea, the mayor of Bucharest’s District 5. He is accused of doctoring the budget approval decision and the inclusion in it of funding for two companies of his choice.

The Army plans to invest €200m euros in the extension and modernization of the Air Base from Câmpia Turzii to equip it for operation of F-16 Air Force aircrafts. A restricted tender for this order, worth an estimated RON 1.3bn,  has been recently launched.

Despite Brexit and coronavirus, U.K. organizes flights from Romania to bring to Britain so much needed field workers. Some 15 flights transporting Romanian workers to Germany and the U.K. are expected to take off by early May.

According to the leader of the Democratic Party, Pavel Filip, one of his former party colleagues insinuated that businessman Nat Rothschild was willing to fund the Democrats.

Amnesty International asked President Igor Dodon to request his Turkish counterpart, Recep Tayyp Erdogan, to release Turkish teachers who were expelled from Moldova in 2018. Dodon, however, said that such a decision is a matter of Turkey’s internal affairs.*A monitoring report from the Center for Independent Journalism, a Moldovan NGO, found that President Igor Dodon was presented in a positive light by most of the newscasts of the public television broadcaster Moldova 1.

The lower house of the Polish parliament, the Sejm, voted yesterday to send a law that compares gay people with pedophiles to the parliamentary commission for further examination. According to the law, people who promote underage sex would be sent to jail for up to three years.

Pregnant women in Poland will have access to free medication under a new government program approved by lawmakers.

The ruling coalition seeks opposition support for a decision to extended the presidential term. That would keep the incumbent president Andrzej Duda in office until 2022. As a constitutional change, this provision requires a two-third majority.

The State Revenue Service (VID) has conducted a search of the Latvian Football Federation (LFF) offices. The proceedings were triggered by suspicions of regulation violations, tax avoidance and money laundering.

Russia has been violating bilateral and international agreements restricting nuclear tests and on nuclear nonproliferation, as well as other agreements on chemical and biological weapons, according to a recent report from the U.S. Department of State.

Russian independent newspaper Novaya Gazeta says it took down an article about measures introduced to tackle the coronavirus in the North Caucasus region of Chechnya following a request by the country’s media regulator, Roskomnadzor. The leader of the region, Ramzan Kadyrov, a darling of the Kremlin, threatened to harm the author of the article, Yelena Milashina.

Cathay Pacific is planning to sack nearly 300 cabin crew in U.S. and to close its bases in New York, San Francisco and Los Angeles.

The spy agency of the Chinese government said that it thwarted several espionage cases that involve access to sensitive military projects. The researchers and engineers involved, who had access to sensitive information about the country’s naval and aviation projects, were arrested.

A total of sixty Rohingya died on a boat that had on board more than 500 people. The boat, a fishing trailer, was stranded in the Bay of Bengal for more than two months, two survivors said on Thursday. The captain of the boat was also killed in a fight with those on board.

Thae Yong-ho became first North Korean defector appointed MP in the South Korean parliament. Thae, 55, was elected as a representative of the main opposition conservative party in the election held on Wednesday.    That was deputy ambassador of North Korea to the U.K. until he fled to South Korea in 2016.

President Win Myint announced that he will free nearly 25,000 prisoners in an amnesty to mark the traditional New Year. This is the largest mass pardon in recent years. Among those who will be released there are 87 foreigners.

Observations made with ESO’s Very Large Telescope (VLT) revealed for the first time that a star orbiting the supermassive black hole at the centre of the Milky Way moves just as predicted by Einstein’s general theory of relativity.