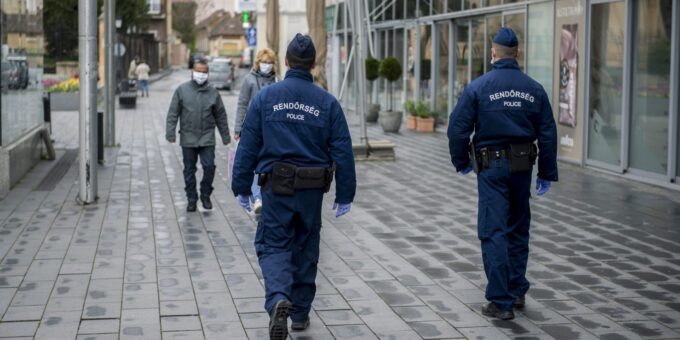 La République en Marche, the party of the French president Emmanuel Macron, has lost 26 MPs since he was elected. That means that he narrowly lost his absolute majority in the lower house of parliament. On Tuesday, seven MPs from his party defected, creating a new group called “Ecology, Democracy, Solidarity.”

France adopted on Wednesday a law cracking down on hate speech online. The law targets Silicon Valley giants such as Google, Twitter and Facebook, which will be obliged by the new legislation to remove flagged hateful content within 24 hours and flagged terrorist propaganda within one hour. Failure to do so could lead to steep fines of up to €1.25m.

The Hungarian parliament passed a bill that ends legal gender recognition for trans citizens. The new law defines gender based on chromosomes at birth, changing the characteristic wording from “sex” to “sex assigned at birth.” This means that trans people can no longer change their gender and name on official documents.

Hungarian authorities said that they “will not accept” a ruling by the European Court of Justice (ECJ), according to which keeping migrants and asylum seekers in a transit zone on its border amounts to detention.

Two persons were detained in Hungary this week for spreading fear through Facebook posts. One criticized the government and the other shared a call for a demonstration. Opposition parties accuse the government of abusing the law.

Activists working with refugees and migrants in Serbia said they did not understand why the authorities deployed the military in the town of Sid. The troops went to Sid, a border town, during the weekend. The town hosts several camps, but has not seen any major incidents recently.

The Constitutional Court in North Macedonia last week scrapped the new Anti-Discrimination Law, which had been passed last year. The court invoked procedural omissions. The decision drew the ire of LGBT and human rights activists in the country.

Croatia’s Parliament was dissolved on Monday in a move to pave way for elections in June or July. There are suspicions that the ruling party is pushing for early elections to capitalize on its apparent success in managing the coronavirus epidemic.

The Moldovan government said it launched procedures to cancel the concession agreement with the company managing the main airport since 2013, claiming that this company was insolvent and had defaulted on its obligations.

The survival of Ion Chicu’s coalition government looks increasingly uncertain as its majority in parliament is steadily declining as more and more deputies defect from the ruling alliance.

The Russian Navy has ordered a batch of six cutting-edge warships for its Baltic Fleet, a decision made at a time of growing tensions between Russia and NATO member states in the Baltics.

Former shareholders of the now defunct oil giant Yukos have seized the local rights to the Russian vodka brands Stolichnaya and Moskovskaya. The decision was made by a Dutch court. This is the latest decision in a US$ 50bn legal battle between the ex-Yukos owners and the Russian government.

China’s Ambassador to Israel, Du Wei, was found dead in his apartment in a Tel Aviv suburb. Mr Du, 57, was appointed ambassador last February. He previously served as China’s envoy to Ukraine. The cause of death has not yet been reported.

Burundi has blocked social media platforms on election day as voters choose the politician who will replace president Pierre Nkurunziza. Facebook, WhatsApp and Twitter were not accessible in the country.

The Palestinian leader Mahmoud Abbas put an end to the security agreement with Israel and the U.S. The decision follows the creation of a new Israeli government that is planning to annex some areas of the West Bank.

Scientists have mapped “the beginning of a new ecosystem” on the Antarctic peninsula as microscopic algae bloom across the surface of the melting snow.

EasyJet officials announced that a “highly sophisticated cyber-attack” has affected nine million customers. The email addresses along with travel details were accessed by teh attackers. Over 2,200 customers had credit card information “accessed” by the hackers.

Thomas le Bonniec, a former Apple contractor unveiled information about a program in the company used to listen to users’ Siri recordings. Mr le Bonniec found it worrying that Apple and other tech companies ignore and violate fundamental rights through their massive collection of data.