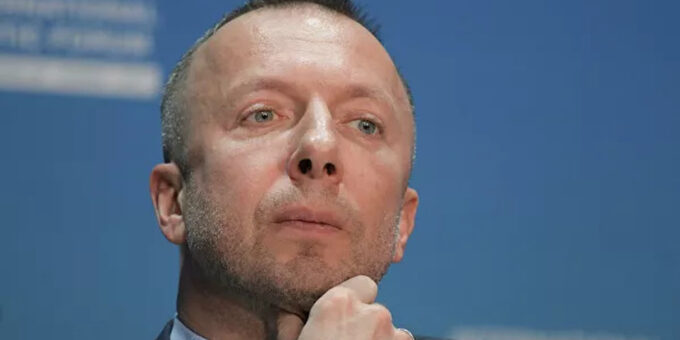 Three diplomats at the Russian Embassy in Oslo were identified by newspaper Aftenposten on Wednesday as having links to Russia’s military intelligence agency known as GRU. The agency was accused in the past of murders and poisonings as well as spying.

Turkish government has plans to settle one million Syrian war refugees in the area of northern Syria where it carried out a military incursion last October. The country’s President Tayyip Erdogan said on Monday that the plan is to be financed by his own government. Turkey now hosts more than 3.5 million refugees from neighbouring Syria.

A Swiss court convicted a Belgian lawyer on Monday for money-laundering and forgery. The defendant, unidentified, took shares now worth more than CHF 60m (€56.9m) from Belgium’s richest family and moved them to offshore companies.

The sales of French cheeses ranging from Camembert to Roquefort declined by 60% as a result of the restaurant closures and a downturn in international trade. As a result, some 5,000 tons of cheese is likely to be left to rot.

Hungary’s parliament rejected the ratification of a treaty to combat violence against women. It thus backed an earlier government declaration that considers that the treaty promotes “destructive gender ideologies” and “illegal migration.”

An annual survey from Freedom House, a U.S. government-funded NGO, took away Hungary’s democracy label following an unprecedented consolidation of power by the country’s Prime Minister Viktor Orban. During the past ten years, Orban has dismantled all key checks and balances characteristic for a democracy. Other countries in eastern Europe that were removed from the democracy list include Serbia and Montenegro.

Hungary is planning to join an investment fund that is to be set up by countries of the Turkic Council. The fund is expected to make investments primarily in food production, farming and infrastructure both in Hungary and Turkic Council countries. Turkey is also expected to join the fund.

German carmaker BMW will reopen its plant in Debrecen (a town about 195 km east of Budapest) only in one year-time. The drastic measure is a result of the coronavirus pandemic.

Romania violated the rights of its former anti-corruption chief Laura Codruța Kövesi when its government dismissed her from the post in 2018, according to a decision by the European Court of Human Rights announced on Tuesday. Kövesi last year was appointed the first ever EU chief prosecutor She became known as Romania’s top corruption fighter after her five-year term as chief prosecutor at the Romanian anti-corruption directorate.

Poland’s governing coalition parties agreed to postpone the presidential election that was planned for 10 May 2020, because of the deadly coronavirus outbreak. The election is to be rescheduled to a date “as soon as possible.”

Microsoft plans to invest some US$ 1bn in digital technologies in Poland. The investment will pay for a data center in Poland, the first of its kind in Central and Eastern Europe.

The UN court in The Hague has rescheduled appeals against the verdict convicting Ratko Mladic of genocide and other wartime crimes for 16-17 June 2020. The appeals were postponed as Mladic, the former Bosnian Serb military chief, has to undergo surgery.

The Supreme Court delayed a hearing in the legal battle between state-owned PrivatBank and the families of businessmen Ihor and Hryhoriy Surkis. The delay was prompted by a series of pressures from the media, the court argued. The case is expected to prove decisive in the struggle between the state-owned bank, which was nationalized in 2016, and its former owners.

Russia announced that it will not be a partner in the United States’ international agreement on Moon mining rights. The Artemis Accords are an agreement initiated by the U.S. administration that aims to establish “safety zones” around future Moon bases to prevent damage or interference from rivals.

Russian coal magnate Dmitry Bosov was found dead, apparently by suicide, at his home in a Moscow suburb. Relatives found Bosov’s body with gunshot wounds at his home in a luxury village built in Moscow’s elite suburb of Rublyovka. Bosov, 52, had a fortune of some U$ 1.1bn. He was a majority shareholder and chairman of the board of Alltech Group, an investment firm that manages energy and real estate companies.

Mercenaries belonging to the Wagner Group, a Russian paramilitary organization that is known to be close to the President Vladimir Putin, were identified fighting in Libya, according to UN diplomats.

A Russian journalist was expelled from Belarus after he filed a critical report about how the Belorussian authorities handled the country’s coronavirus situation. Channel One correspondent Alexei Kruchinin used in his video feed from a visit he made to a cemetery in the Belorussian town of Stolbtsy where he found “an abundance of fresh graves.”

Beijing’s top political office in Hong Kong called protesters a “political virus,” adding that until “poisonous” and “violent” demonstrators are not eliminated, Hong Kong will not be a peaceful place. The Chinese government referred to the protest movement that has shaken Hong Kong since June last year.
*China has successfully launched a new rocket and prototype spacecraft. The launch is part of the country’s strategy to operate a permanent space station and send astronauts to the Moon.

The police in Hong Kong arrested a total of 17 suspects related to involvement in a syndicate operating online casinos. They collected from local punters  a total of HK$ 133m (€15.8m) over the course of 14 months.

The United States recently recovered some US $1.1bn in 1MDB assets, after forfeiture cases that involved former Abu Dhabi IPIC boss Khadem al-Qubaisi. As part of the 1MDB corruption scandal, the trial of former Malaysian prime minister Najib Razak is to resume next week.

The Philippines government ordered ABS-CBN, one of the most popular broadcasters in the Philippines, to end operations. ABS-CBN broadcast license, valid for a period of 25 year, expired on Monday. The closure is the consequence of the battle between ABS-CBN and the country’s President Rodrigo Duterte. Conchita Lopez Taylor of the Lopez family who owns the broadcaster said, however, that she was not clear why the channel was shut down.

Alibaba has acquired a 50% stake in Singapore’s AXA Tower, the tallest cylindrical building in the world. Alibaba Singapore bought the stake from a consortium led by Perennial Real Estate Holdings. The tower is now valued at US$ 1.2bn.

Supreme Court Justice Celso de Mello ordered an investigation into the Minister of Education, Abraham Weintraub, accusing him of racism, which is a criminal offence in Brazil. Last month, Weintraub misspelt the name of a comic book character to imply that the new coronavirus would serve the interests of China.

The President of Chile, Sebastián Piñera, on Wednesday appointed Macarena Santelices as the new Minister of Women and Gender Equity. A controversial conservative journalist, Santelices is a grand-niece of former Chilean dictator Augusto Pinochet (1973-1990).

Between 2014 and 2018, the Mexican Social Security Institute (IMSS) paid a total of MXN 320.9m (€12.3m) to 133 shell companies to strengthen the hospital infrastructure in Mexico. The funds were used for fictitious purchases of ventilators, surgical uniforms, hospital beds and other medical equipment. IMSS is a public administration unit. The fraud, unveiled now, was carried out during the presidency of Enrique Peña Nieto. If all those pieces of medical equipment were actually bought, it is believed that Mexico could have battled more effectively the Covid-19 pandemic.

Venezuela’s state television showed a video of Luke Denman, an American citizen accused by the local authorities of plotting to overthrow President Nicolás Maduro and bring him to the United States. Maduro repeatedly said in the past that Donald Trump, America’s president, planned to invade Venezuela and overthrow his regime.

A paper published by the Lancet last week found that thousands of people in the Democratic Republic of Congo (DRC) were exposed to dangerous levels of toxic pollution that caused birth defects in their children. The affected people worked on mining for cobalt, a material used to make rechargeable batteries for smartphones, laptops and electric cars.

Under the cover of the strict virus lockdown in New Zealand, a group of thieves cut through the fence of a local rental company, named Jucy, in Auckland and stole a total of 97 vehicles. More such heists are expected to be seen during the lockdown in the country one of the most severe in the world.

Cardinal George Pell knew of child sexual abuse by priests in Australia already in the 1970s, but he never acted to stop these abuses, according to a recent investigation run by Australia’s royal commission into child sexual abuse, which ended in 2017. Cardinal Pell is an ex-Vatican treasurer.

Michael O’Leary, the head of Ryanair, a low-cost airline known for its poor service and hidden costs, criticized the EU for its plans to approve state aid for national airlines. The criticism comes after the European Commission on Monday approved a state-aid package of €7bn for Air France-KLM. Lufthansa is also in talks with the German government to get a bailout package worth up to €10bn.

The social media giant Facebook last month shut down networks of accounts that were posting in Serbian, Bosnian and Hungarian languages. The accounts, originating from Russia and Iran, were posting false news aimed at manipulating the public opinion.