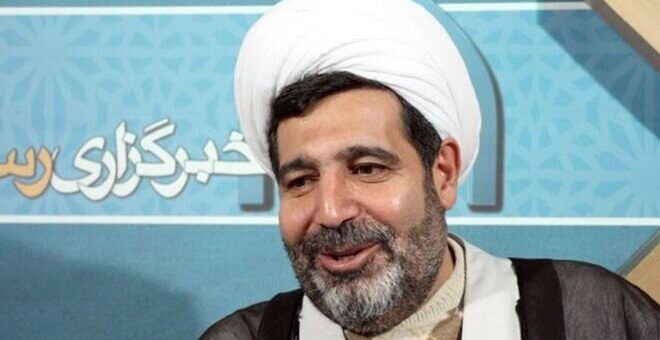 Paul Wheelan, a former US marine, has been sentenced to 16 years of hard labour for spying in Russia. He was arrested in a hotel room in Moscow last year. Russian security officers found on him a USB flash drive that contained state secrets, they claimed.

More than 43,000 Russian schools are going to be equipped with facial recognition cameras. Named “Orwell,” the cameras are produced by the state technology firm Rusnano.

Russian government on Tuesday promised to stand by its ally Iran. Moscow said that it would oppose attempts to promote an anti-Iranian agenda amid tensions over Tehran’s nuclear program.

Russian gas provider Gazprom announced that it would pay back some US$ 1.5bn to Poland’s PGNiG, money owed to overcharging the Polish company for its supplies for years. The decision comes after state-owned PGNiG won last March a case against Gazprom over its long-term contract for gas imports at an international arbitration tribunal in Stockholm.

The leaders of the political parties Fine Gael, Fianna Fáil and the Green party agreed to form a coalition government in Ireland. The decision comes four months after a general election.

During a rally for his presidential re-election held in Brzeg, a town in southwestern Poland, Andrzej Duda, the country’s president, accused the LGBT movement of advancing ideas that are more harmful than communism. He said that, “LGBT is not people, it’s an ideology.”

The German government acquired 23% of the biotech company CureVac for €300m. CureVac is developing a coronavirus vaccine based on messenger RNA technology.

The British government is going to grant the EU access to data on British-based criminal suspects. The EU has been pressuring Britain for four years to do so.

HSBC, the largest bank by assets in the UK, is to resume its plans to cut 35,000 jobs. The plan dates back to February, but it was postponed because of the coronavirus pandemic.

Norway’s public health regulator has suspended its coronavirus contact-tracing app, deleting all data collected by the technology. It did so at the request of the country’s data protection authority.

Romanian authorities arrested Gholamreza Mansouri, a former senior Iranian judge over corruption charges he faces at home. Tehran is seeking his extradition. Media freedom activists, however, want Mansouri to be tried in Bucharest for allegedly ordering the arrest and torture of at least 20 journalists.

A group of 15 defendants, including several Romanians, have admitted to being part of a sophisticated crime syndicate specialised in defrauding Americans by selling them non-existent vehicles online. Many of the defendants were extradited from Romania in 2019. They are yet to be sentenced in the US.

After lengthy talks, the main political parties in North Macedonia have finally agreed that the country should organize general elections on 15 July 2020. The elections were put on hold due to the Covid-19 crisis.

Moldovan tycoon Vlad Plahotniuc has filed a lawsuit against the US State Department. The move comes a ban on him imposed by the US. Plahotniuc claims that he is the victim of a Russian plot against him and his family.

Young Chechens rocked France’s eastern city of Dijon during the weekend, prompting the intervention of the French police late Monday. The local Chechen community apparently sought vengeance for an assault on a teenager.

A US Air Force pilot has missing after a fighter jet crashed into the North Sea. The cause of the crash is unknown.

Facebook plans to launch “the largest voting information effort in US history” in the run-up to November’s general election. The social network aims to help four million Americans register to vote with a new voting information centre.

Concerned about a decline in the birth rate, Iranian authorities decided to limit the provision of family planning services at state-run hospitals. Thus, vasectomies will no longer be carried out at state-run hospitals and contraceptives will only be offered to women proving that their health is at risk.

China and India have agreed to de-escalate the situation at their border. The decision follows clashes between their troops, which led to teh death of at least 20 Indian soldiers.

Carlos Lehder, 70, the man who set up the notorious Medellín drug cartel alongside Pablo Escobar, landed in Germany after his release from an American prison. Lehder was captured in Colombia in 1987, then extradited to the US and sentenced to life plus 135 years in jail, a sentence later reduced as he agreed to co-operate with the authorities.

According to new calculations by scientists, today there could be more than 30 intelligent civilisations in our galaxy that could communicate with others. Experts say these findings offer insights into the chances of life beyond Earth.

Journalist Maria Ressa, a former CNN journalist, has been found guilty of libel in the Philippines. Today, Ms Ressa heads Rappler, a news portal that is critical of President Rodrigo Duterte. Ms Ressa and a writer for Rappler were released on bail pending appeal. Both could face six years in prison.

A letter written by two of the greatest artists of the 19th century, Vincent van Gogh and Paul Gauguin, about their visits to French brothels has been purchased by the Van Gogh Museum in Amsterdam for €210,600.

The EU has launched this week an investigation to find out whether US technology giant Apple has broken EU competition rules. It will look into two issues: one is related to the practices at its AppStore, the second to Apple Pay, system that allows users to make payments using their devices.

Twitter announced that it deleted more than 7,340 fake accounts linked to the youth branch of AKP, the ruling party in Turkey, of the President Recep Tayyip Erdogan. According to Twitter, these accounts violated the company’s policy on manipulation and spam.

Contentful, a startup with bases in Berlin and San Francisco, raised US$ 80m from investors led by Sapphire Ventures to boost its content management systems for commercial websites.