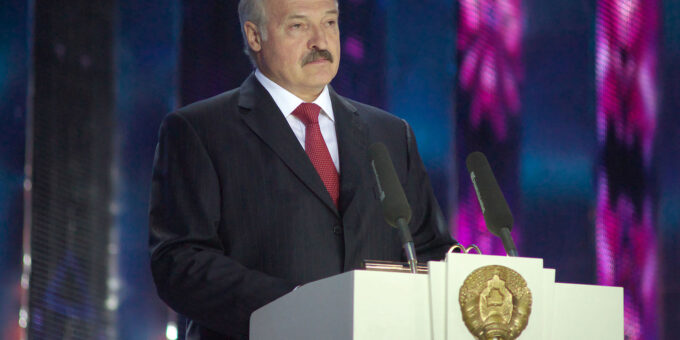 Leading Belarus opposition politician Nikolai Statkevich was jailed on Monday during a crackdown on protesters who rallied against President Alexander Lukashenko’s re-election bid.

Belarus’ president Alexander Lukashenko signed a decree on Wednesday that forced the government to resign, just two months before the presidential elections slated for August 2020.

Polish Health Minister Łukasz Szumowski is accused by Poland’s opposition and the media for allegedly allowing friends and family to enrich themselves thanks to their ties to him. The opposition called for a non-confidence vote in Parliament against Szumowski.

Eiffage Immobilier Polska has appointed Savills to find an investor to develop a bespoke 453-unit build-to-rent complex in Warsaw, the Polish capital city.

The French carmaker Renault announced a three-year restructuring plan, with 4,600 jobs likely to be slashed in France alone as part of a global effort to cut costs by €2bn.

Duna Aszfalt, a construction company owned by an oligarch close to the Hungarian Prime Minister Viktor Orban, was awarded an order worth €260m to build a new bridge over the Danube that will connect the Hungarian towns of Paks and Kalocsa.

A report on public procurement in Hungary, which examined data for the period between 2005 and 2020 covering a total of over 248,400 contracts, found that in the first four months of 2020, corruption risk in Hungarian public procurement reached the highest level since 2005.

The Romanian Chamber of Commerce and Industry (CCIR) and real estate developer Iulius plan to build a large-scale mixed-use complex near the existing Romexpo Exhibition Center in Bucharest. The project is worth an estimated €2.87bn.

Parliament in Romania has amended a recently passed law to exclude mandatory sexual education from school curricula. The decision was made under pressures from the influential Orthodox Church.

Kosovo’s parliament on Wednesday approved a new government led by Avdullah Hoti, the deputy leader of the Democratic League of Kosovo, LDK.

MPs voted in the new government exactly four months after they approved the previous government.

The Montenegrin army is accused by the country’s ombudsman of violating people’s rights to peaceful assembly by banning officers and soldiers from joining Serbian Orthodox Church protests. Last March, the Defence Ministry suspended an army officer for joining the protests over a new religion law.

Security Minister Fahrudin Radoncic resigned because of political disagreements with governing coalition partners over his position on deporting illegal migrants and a scandal related to allegedly overpriced imports of Chinese respirators.

Russian election officials say activists are not allowed to campaign against a package of constitutional amendments that would allow President Vladimir Putin to extend his 20-year rule.

France’s far-right National Rally party led by Marine Le Pen and a Russian firm, Aviazapchast, that sued the party over a massive unpaid loan, reached an agreement on Wednesday. Aviazapchast sued Le Pen’s party for US$ 10.1m lent to the party.

Russian air strikes have hit Syria’s last major rebel bastion for the first time since March when a ceasefire came into force.

Russian President Vladimir Putin on Wednesday introduced a state of emergency after a subsidiary of the metals giant Norilsk Nickel reported a massive diesel spill into a Siberian river.

Gambia’s government called on the U.S. authorities to conduct a “transparent” and “credible” investigation into the death of 39-year-old Momodou Lamin Sisay, a Gambian citizen killed on 29 May 2020 in the city of Atlanta. The victim is the son of a Gambian diplomat and was shot by a police officer.

Maesaiah Thabane, Lesotho’s former first lady has been arrested. She is accused of murder of the estranged wife of Thomas Thabane, her husband, who recently resigned as prime minister.

Kenya’s police has warned of a rise in cases of online sex predators. They target children who studying online because of the restrictions imposed during the coronavirus crisis.

Cyclone Nisarga has affected areas in India’s west coast after making landfall near the densely populated city of Mumbai.

Google has taken down an Android service, Remove China Apps, that allowed people to delete other apps made in China. The app proved particularly popular in India.

Draft legislation planned by China is expected to lead to criminal prosecution for making false or exaggerated claims about traditional Chinese medicine.

UK authorities said that they will change immigration rules to offer millions of people in Hong Kong “a route to citizenship” if China imposes new security laws.

Google has been sued in the US over claims it illegally violates the privacy of users by tracking people even when they are browsing in “private mode.” The class action wants at least US$ 5bn from Google.

Zoom, a video service that has seen its popularity skyrocket during the pandemic crisis, reported an increase in revenues by 169% to US$ 328m in the three months to the end of April. Its customer base peaked at 300 million in April, a massive increase from 10 million a day last December.

An unknown short story by Ernest Hemingway, Pursuit As Happiness, has been published for the first time in this week’s issue of the New Yorker. The story follows the narrator on a fishing trip in search of “the biggest goddam marlin that ever swam in the ocean.”

The holiday operator Tui has agreed with aircraft manufacturer Boeing to delay deliveries of 61 new planes by two years on average.