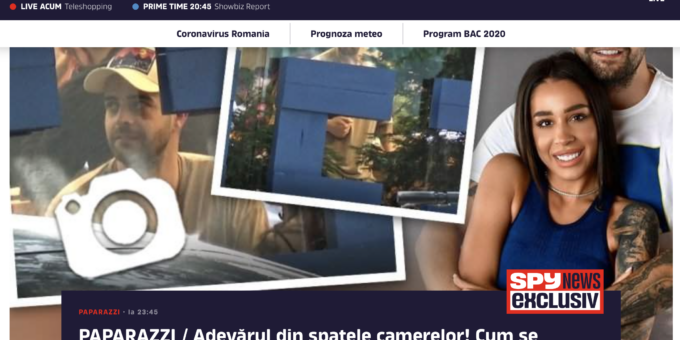 Claiming that they wanted to support journalism and correctly inform the public throughout the ongoing Covid-19 crisis, the Romanian government has decided to dole out some €40m to media outlets across the country. Some outlets rushed to put their name on the application form, but others refrained from it, refusing to accept the financial aid as they feared that the government’s scheme could turn into a Trojan Horse.

Through a decree approved by Romania’s authorities last May, it was decided that some RON 200m (the equivalent of €40m) would be distributed to media outlets over the course of four months following the end of the emergency state. In exchange, the media outlets are required to run a public advertising campaign aimed to inform the audience about health-related rules, aimed to prevent the spread of the coronavirus in Romania as well as the stages in which the economic and social activities in the country are to be resumed. The campaign’s core message is “Wear the mask.”

The government decided that some 55% of the funding would go to television stations and a quarter of it to news portals, with print media getting a mere 5% of the cash. For media observers, this was not surprising as television is the preferred medium for news consumption in Romania with 84% of the public using television as a primary source of news, according to a report from the Center for Media, Data & Society (CMDS). By mid-June 2020, the government had distributed roughly €17m of the total sum.

Although journalists in Romania, like anywhere else, are struggling with financial shortages during the crisis, the government package has come under critical scrutiny as it doesn’t seem to really help journalism. Much of the television funding was gobbled up by broadcasters with political connections or known mostly for lowbrow, entertainment-dominated programming.

When it comes to online portals, it’s quite clear that no quality filter was used in selecting which websites deserve public money – the funds were indiscriminately distributed to all the applicants. As a result, tabloid portals such as Cancan.ro, Spynews.ro, WowBiz and Comisarul.ro, or portals that have nothing to do with journalism such as Zurli.ro, a website specializing in childrens’ programming, the weather portal Meteo.ro and the classifieds website Paginiaurii.ro made the list and received taxpayer money.

Government officials agreed that they didn’t abide by any quality-related criteria when they awarded the money. All they were interested in was the size of the audience following these outlets. Prime minister Ludovic Orban promised to check whether any websites that publish fake news or conspiracy theories were included, according to Recorder.ro, an investigative journalism website that didn’t apply for state funding.

At a time when Romania’s independent journalism needs financial support more than ever, the country’s taxpayer money is being wasted on junk media.

Pictured: A screenshot of SpyMedia, one of the recipients of state aid.