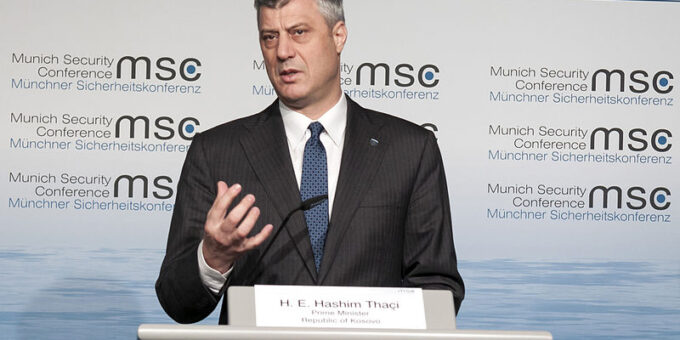 A prehistoric circle of deep shafts has been discovered near the well-known world heritage site of Stonehenge. The structure has a 2-km diameter and is the largest prehistoric structure ever found in Britain.

Andrew Bailey, the governor of the Bank of England said that the support from the central bank was crucial for the country to function during the early stages of the pandemic. Mr Bailey stated that Britain came close to effective insolvency at the onset of the coronavirus crisis.

U.K. retail chain Tesco is selling its 301 Polish stores to the Danish Salling Group A/S in a deal expected to exceed €180m. The retailer will maintain its operations in the region. Tesco stores will continue to operate in Czechia, Hungary and Slovakia.

Turkish army planned to invade Greece and Armenia in its attempt to build local capacities to be able to move its troops to Syria, if required. The plans were nailed down in a string of documents that were leaked to Nordic Monitor, a news portal registered in Sweden.

The president of Kosovo, Hashim Thaçi has been charged with crimes against humanity and war crimes, a special court has announced today. The decision prompted Mr Thaçi to pull out of White House talks with Serbian leaders.

Matteo Salvini, a right-wing populist politician, has a new rival who raised from among its allies. Luca Zaia, the governor of Veneto and a member of the far-right League party, saw his popularity skyrocketing thanks to how he managed the Covid-19 crisis. Mr Zaia became the second-most loved politician in Italy with a 51% approval rating.

Bulgarian Prime Minister Boyko Borissov was put in a hot spot when leaked photos showed him sleeping by a nightstand stacked with 500 euro bills and a pistol. The low-resolution photos were taken with a phone and were leaked to the media from an anonymous source.

The European Court of Justice ordered Hungary to withdraw a law from 2017 obliging NGOs to call themselves foreign-funded if they receive cash from abroad, as this legal act violates EU law. Under the NGOs regulation, NGOs in Hungary that received more than HUF 7.2m (€21,615) per year from abroad had to identify themselves as foreign-funded. Also, they were forced to list any foreign sponsors who give them more than HUF 500,000 (€1,500) annually.

Belarusian authorities detained President Alexander Lukashenko’s rival, Viktor Babaryko, a 56-year-old former banker, on suspicion of financial crimes. In the past few months, other critics of the regime were jailed as well, including prominent opposition politician Mikola Statkevich. Belarus will have general elections in August this year and Mr Lukashenko will be running for a sixth term.

Gholamreza Mansouri, a former Iranian judge arrested earlier in June on corruption charges in Romania, was found dead at the Bucharest hotel where he was waiting under police supervision for a decision on his extradition. Unconfirmed reports say he either jumped or was thrown through the window of his room, Radio Free Europe reported.

A Bavarian post office was evacuated in fear that a foully smelling parcel was releasing a harmful substance. Twelve postal workers received treatment for nausea, and police and firefighters were summoned. The package contained four Thai durian fruits, sent to a 50-year-old resident by his friend in Nuremberg.

The former CEO of Germany’s Wirecard, Markus Braun, was released on bail in a case over missing billions of euros. The payments provider Wirecard was the centre of a massive scandal after EY, an auditing firm, said last week that €1.9bn were missing from the firm’s coffers.

Many categories of foreign workers will not be able to obtain their immigration visas in the U.S. following an executive order issued by the Trump administration at the beginning of the week. The ban adds to former restrictions on work visas, especially in the technology sector, landscaping services and the forestry industry.

The State Department said that it was reclassifying the news outlets China Central Television, China News Service, People’s Daily and the Global Times as foreign missions rather than media outlets in the U.S. as part of a continuous process of deteriorating relations between the U.S. and China.

China launched the final satellite in its Beidou constellation. The 55 Beidou project satellites will provide a navigation system to rival the American GPS.

Assets worth more than US$ 90.68m were seized by the New Zealand police, representing the largest restraint of funds in New Zealand Police history. The assets were linked to a Russian businessman who is suspected of laundering billions of dollars in bitcoins.

In a meeting chaired by leader Kim Jong-un, North Korea decided to suspend plans for “military action” against South Korea, according to state media. In the past few weeks, the tensions were rising between the two countries, culminating with the North threatening to send troops to the border area.

A massive cloud of Sahara dust covered the Caribbean as it travels to the US and the air quality lowers to hazardous levels. The dust cloud has a size and concentration that experts say hasn’t been seen in half a century. It was nicknamed “Godzilla dust cloud.”

The chocolate bar KitKat decided to cut its ties with the Fairtrade organization after 10 year of cooperation. As of October this year, Nestle will produce the KitKat chocolate bars with cocoa sourced from farms on Rainforest Alliance terms.

Several companies including the outdoor apparel makers North Face, Patagonia and REI have suspended advertising on Facebook over the company’s failure to address hate speech on the platform. The brands made this decision as part of the Stop Hate for Profit campaign.

Before her killing, the Maltese journalist Daphne Caruana Galizia was investigating an offshore company that was involved in purchasing the Mozura wind farm near Ulcinj in Montenegro and that was making dodgy payments to Maltese leaders, Reuters has reported. Ms Caruana Galizia was killed in a car bombing in October 2017.

Bayer has agreed to pay some US$ 10.5bn to settle claims in the U.S. that its weedkiller Roundup led to cancer in nearly 100,000 patients who were exposed to the herbicide.