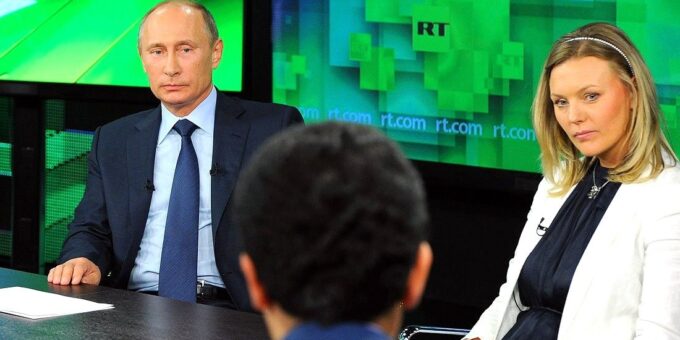 Russian theatre and film director Kirill Serebrennikov along with two others were convicted of fraud by a Moscow court. Critics say the decision is politically motivated and puts Russian artistic freedom to test. Mr Serebrennikov was accused of stealing about £1.5m in state funds that financed a theatrical project called Platforma.

The largest counterfeiter of plastic banknotes in the world was arrested in Romania. He and his gang had produced the best fake banknotes since 2014. A fingerprint eventually led to his capture.

Latvia bans state-owned Russian television channel RT citing that it is controlled controlled by an individual, Dmitry Kiselev, who is under EU sanctions. Mr Kiselev was put on the EU sanctions list in March 2014.

A clandestine factory in Moldova that was illegally producing copies of Soviet-type Kamov KA-26 helicopters was shut down by the police. The factory’s founders planned to sell the aircrafts to former Soviet countries. Police found over ten helicopters in different stages of production in the secret industrial hall.

Italian police announced that they have seized what they believe is a world-record capture of 14 tonnes of amphetamines. The Italian police believe that the drugs were made in Syria to finance the jihadist group Islamic State (IS).

François Fillon, a former French Prime Minister, was sentenced to five years in jail, three of them suspended, for funds embezzlement in a scandal known as the “fake jobs” scandal. He was found to have paid his wife €831,400 as part of the scheme. His Welsh wife Penelope was also found guilty of complicity.

The US Defense Department reached the conclusion that no less than 20 top Chinese companies, including Huawei, are either owned by or backed by the Chinese military. In view of these conclusions, new financial sanctions might be imposed by US against these firms.

Washington has decided to impose visa restrictions on Chinese Communist Party officials over Hong Kong security law that undermines its autonomy. China said the US decision was a “mistake” that should be withdrawn.

Russian intelligence was secretly offered to pay Taliban-linked fighters to kill British and American soldiers in Afghanistan, according to US reports leaked to The New York Times. Russia has rejected the accusations. The Taliban also denied the deal. According to the newspaper, President Donald Trump was briefed on the reports. The White House has denied it.

The US Supreme Court ruled that a law restricting abortions in the state of Louisiana is unconstitutional. This represents a landmark decision and a blow to anti-abortion groups.

A swarm of tens of thousands locusts invaded Delhi causing parts of the Indian capital to be placed on alert. India is facing its worst locust invasion in decades after insects, originating in the Horn of Africa, have devoured crops in several states.

Iran issued an arrest warrant for US President Donald Trump (and other 36 individuals) over the drone strike that killed general Qasem Soleimani in January. Tehran attorney general Ali Alqasi Mehr said Mr Trump would be prosecuted as soon as he stands down presidency after his term ends, according to Fars news agency.

Pakistani stock exchange in Karachi was attacked by four assailants that opened fire and also launched grenades at the main gate of the building. Two people were killed and other seven were wounded. The four gunmen were shot down by police. Baloch Liberation Army claimed the attack.

Journalists from non-English speaking countries are targeted by China in a long-term outreach campaign that intends to use them to promote a China-friendly global narrative and to expand the country’s influence over the world, according to a report from the International Federation of Journalists (IFJ).

People preparing to get married in Yiwu, a city in eastern China, will be able to check if their partner has a history of violence and abuse thanks to an inquiry service that has been available to the city’s residents as of 1 July. One person is allowed to make a maximum of two inquiries a year.

China passed the controversial national security law that will threaten Hong Kong’s autonomy and, as a result, tensions are rising between Beijing and Washington. The law passed unanimously in the National People’s Congress, “within 15 minutes of the meeting,” the South China Morning Post reported. In the first day the security law was enforced, police used water cannons, pepper spray and more than 180 arrests were made at the Hong Kong protests.

Venezuela’s President Nicolás Maduro kicked out the European Union’s ambassador from the country. The order to leave Venezuela was sent to the ambassador hours after the EU added 11 leading officials to the list of those subject to sanctions. The ambassador, Isabel Brilhante Pedrosa, has been given 72 hours to pack her bags.

Google promises that it will no longer save a complete record of every search and that will delete the records of a new user’s activity after 18 months. Google is also expected to finance various news organizations in Germany, Australia and Brazil. The company has already signed deals with press publishers in these countries.

Reddit and Twitch followed other social media companies and banned or suspended pro-Donald Trump accounts over hate speech. Reddit banned its largest pro-Trump message board with more than 750,000 subscribers after placing it under “quarantine” in 2019.

Global economy will have to brace for a US$ 12tn hit following the pandemic, according to the International Monetary Fund (IMF). The UK economy is expected to shrink by 10.2% in 2020 and other developed countries will also experience dire economic conditions, according to the World Economic Outlook.

The Rolling Stones have threatened legal action against President Donald Trump if he continues using their songs at his campaign rallies. At a rally in Tulsa, Oklahoma, the Trump campaign used the same song that was used during the 2016 US election: You Can’t Always Get What You Want. “The Rolling Stones do not endorse Donald Trump,” the band tweeted in 2016.

The oil company BP has sold its petrochemicals business to Ineos in a US$ 5bn deal. Ineos, a British petrochemicals company owned by Sir Jim Ratcliffe, will have to complete all the payment installments by June 2021. BP is facing a severe hit due to the pandemic. It sees a steep drop, of some GBP 14bn in its assets value and has decided to axe about 10,000 jobs globally.

Shareholders are urging Tesla investors to vote to remove Elon Musk from the board of the firm. This is caused by a pay deal through which Tesla’s CEO Elon Musk was paid as much as US$ 55.8bn.