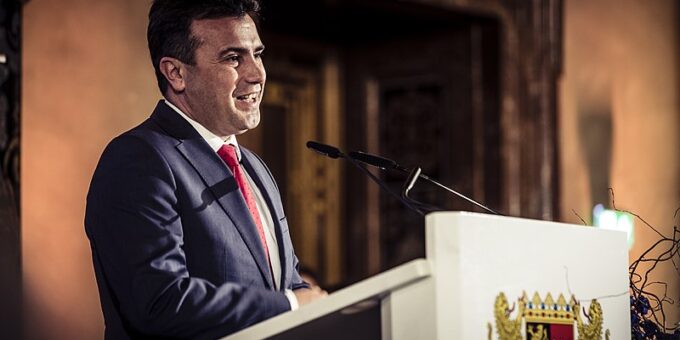 Hungary’s former ambassador to Peru, Gábor Kaleta, pleaded guilty to charges of storing thousands of child pornography recordings on his laptop. Mr Kaleta was sentenced to a one-year suspended prison sentence. The sentenced was appealed by the prosecutor’s office.

Romania adopted a new law that recognizes cyber harassment as a form of domestic violence. Last February, the European Court of Human Rights (ECHR) ruled against Romania in the case  of an abused woman whose Facebook profile and emails were accessed by her former husband.

Tens of wiretaps with embarrassing and incriminating conversations between senior figures from the ruling parties in North Macedonia were leaked on YouTube. The election campaign is currently ongoing in North Macedonia.

A criminal investigation has been launched in Moldova amid claims that an MP was “kidnapped” and “forced to resign” after he defected from the ruling Socialists party. Pro-Moldova leader Andrian Candu wrote a letter on Thursday claiming his colleague Stefan Gatcan had been “kidnapped, intimidated and forced to resign as a member of parliament,” and had been “taken out of the country” by people close to President Igor Dodon to prevent him from speaking about the “inhumane treatment” he had experienced.

Europe’s largest telecom operator Deutsche Telekom has been put on the spot in relation to its close relationship with Chinese 5G vendor Huawei. The German operator has bought equipment from Huawei and also signed a deal according to which the Chinese company will bear the costs of U.S. security measures taken last year.

Thousands of Serbians clashed with police on Wednesday during protests in front of the parliament in Belgrade. The protests condemned the official government strategy of handling of the coronavirus crisis in Serbia.

The European Commission is expected to rule over a lively debate concerning the naming of vegetarian meals. A new French law that says only meat products can use terms like “sausage” or “burger” is strongly opposed by the European Vegetarian Union.

Washington handed over the official notice of the US withdrawal from the World Health Organization (WHO). The move follows a steady deterioration of the relationship after President Donald Trump accused the organisation of having delayed its response to the coronavirus pandemic.

Australia has suspended its extradition treaty with Hong Kong and extended visas for Hong Kong residents. The move is in response to China’s imposition of the new tougher security law on the territory. The UK also decided to extend residency rights for up to three million Hong Kongers eligible for British National Overseas passports.

Twenty Saudi officials are to go on trial in absentia in Turkey over the killing of journalist Jamal Khashoggi.

Pictured: Zoran Zaev from the Social Democratic Party (SDSM) plans to sue those who leaked the wiretaps. (Photo: Security Conference)