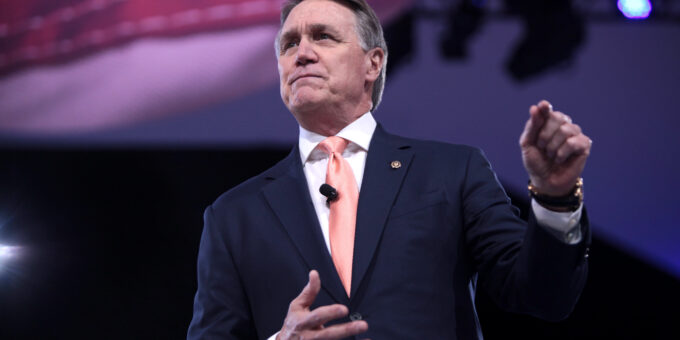 In a campaign advertisement that Perdue originally ran on his Facebook page, Ossoff is shown in a grainy photo with Senator Chuck Schumer, who is the Democrats’ leader in the Senate and is also Jewish. Ossoff’s nose is clearly Photoshopped to make it look pointed and more pronounced. For centuries, anti-Semitic caricatures of Jews have shown them having out-sized noses.

Ossoff referred to this digital schnozzle stretch as “the oldest, most obvious, least original anti-Semitic trope in history” in a statement on Monday (July 27).

The ad was originally called out by the magazine Forward, and since then Perdue took it down, saying the distortion was not intentional and proclaiming that he has never been anti-Semitic. But Forward says that, according to graphic experts, the only size enhancement done on the image was around the nose. While it’s not clear Perdue ordered the nasal contortion in the ad, posting the scandalous image while he is in a tight race with Ossoff wins him the Idiot of the Week Award.