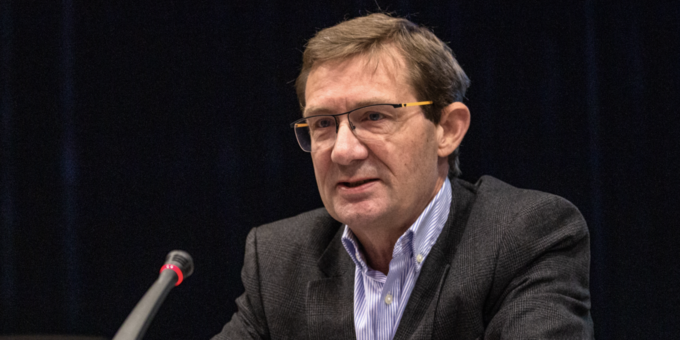 Nic Newman is a senior research associate at the Reuters Institute for the Study of Journalism, University of Oxford. As journalist and digital strategist, Mr Newman played a key role in shaping the BBC’s internet services over more than a decade.

Q: When the Digital News Report 2020 was released, you were cited with the following comment: “Divided societies seem to trust the media less, not necessarily because the journalism is worse but because people are generally dissatisfied with institutions in their countries and because news outlets often carry more views that people disagree with?”. Can you expand on this?

Nic Newman: A few years ago, we explored the underlying reasons for low media trust in eight countries using open ended answers from thousands of respondents. The results were clear. The vast majority (67%) of stated responses related to bias, spin, and agendas. Simply put, a significant proportion of the public feels that the media are often pushing their own political or economic interests, rather than representing ordinary readers or viewers.

This concern has been heightened in the US after the election of Donald Trump and in the UK after the Brexit referendum – events which opened up deep divisions in both. Since then, politicians and activists in many countries have further fueled the perceptions of media bias through weaponizing terms like ‘fake news’ and applying this to news organizations that they do not like or that they see as a threat.

This ‘politicization’ of the media is not entirely new but the awareness of these issues has been raised and often exaggerated by digital and social media.

Elsewhere in the world we have seen big falls in trust in countries like Chile (15 per cent fall in the last year) and France (down 13 points the previous year) which have both been wracked by protests and where much of the media was seen to be too close to political elites. In Hong Kong protests over a divisive extradition bill have also led the media to become more politicized on one side or another of a divisive issue that people feel passionately about.

Of course, the media itself has not helped itself through the blurring of facts and opinion, and chasing clicks and sensation. And we should also bear in mind that the disruption to business models brought by digital has undermined the independence of news media in many countries making it harder to hold powerful politicians or business leaders to account. The upshot is that trust in the news media has slipped to dangerously low levels in many countries.

Skepticism has tipped over into outright hostility in many countries and it is not unusual to hear people say “they can’t trust anything they see or read in the media these days.”

Q: Can media literacy help? Do you see significant differences between countries with higher score of media literacy towards other where people know less about it (i.e. like in younger democracies, for example, the Eastern and, partly, Central European region)?

This may be because higher news literacy often goes hand in hand with high levels of skepticism but also because this group is often more politically committed to partisan debates.

If low trust is primarily driven by perceived political bias, doubling down on facts and the importance of facts may not always move the needle in the direction we desire.

Q: The conclusions of the study also reveal that the majority (60%) of the interviewees say that they still prefer news that has no particular point of view and that only a minority (28%) prefer news that shares or reinforces their views. This preference for neutral news is strongest in countries like Germany, Japan, the UK, and Denmark – all countries with strong and independent public broadcasters. Why? It seems a challenging remark; how important are the strength and independence of the public services broadcasters in the equation of the media trust?

Nic Newman: In countries like the UK and Germany, public broadcasters are required to show due impartiality and are regulated as such. We also find that in these countries these public broadcaster brands almost always have the highest level of trust and we also find higher proportion of people saying that they prefer news with no point of view.

It seems that the wide reach and reputation of these brands sets the expectations for how news should be ‘ideally’ produced.

Q: The DNR 2020 Misinformation section signals high concerns about this phenomenon: “Global concerns about misinformation remain high. Even before the peak of the pandemic, more than half of our global sample (56%) said they were concerned about what is true or false on the internet when it comes to news. Domestic politicians are the single most frequently named source of misinformation, though in some countries – including the United States – people who self-identify as right-wing are more likely to blame the media – part of a pick-your-side dynamic.” Two questions are eventually key on this issue: The DNR 2018 used both terms misinformation and disinformation. What is the difference between those and why the DNR 2020 rather referred to the term “misinformation”? Why is the property of terms, the accuracy on what everybody seems to call it “fake-news” so important?

Nic Newman: Definitions are incredibly difficult in this space and distinctions between misinformation and disinformation are not widely understood by the general public. It is also extremely hard to ask in a survey about whether people have seen things that are “fake.”

That’s why we try to measure “concern” about what is true or false when it comes to news on the internet. This allows us to see how high-level concern is different across countries and demographics. We can then ask more specific questions about different aspects of the phenomenon or about changing behaviour over time to counter these concerns.

In the report we do need to use shorthand to describe the areas and have in the past used a range of terms to do this – none of them perfect!

Q: The 2017 edition of the Digital News Project takes an in-depth look into the typology of fake-news, from the audience perspective: “[…] most people do not operate with a categorical distinction between fake news and real news, but see the difference as one of degree.” How confusing or even dangerous might such phenomenon be?

Nic Newman: This typology came directly from focus groups and from the language our participants used to describe the problems they found navigating unreliable information on the internet.

They made clear distinctions between satire, poor journalism (unintentional mistakes), agenda-filled news and information, misleading advertisements and completely made up news for political or business reasons. We found this typology helpful in breaking down the problem into its constituent parts and thinking about solutions to these different issues.

Q: Almost one year ago, you pointed to “a switch of network, particularly of young people, out of Facebook and into Instagram. Instagram is also on our agenda in terms of where misinformation happens”. You spoke about “how Instagram has become a focus for spreading fake news, but mainly with memes and visual storytelling”. “That’s the heart of Instagram.” In addition to this, you also said the increasing popularity of private WhatsApp messages as a way of receiving news made it hard to track which articles were being shared online.

Nic Newman: As I mentioned, this makes this Generation Z more vulnerable because they spend more time with Instagram (especially) than other groups. On the other hand, they can also be much more digitally literate than older groups because they use smartphones so heavily and are so tuned into memes and visual storytelling.

Misinformation in WhatsApp is slightly different and less focused on a younger demographic. People are much more concerned about WhatsApp in parts of the global south – in countries like Brazil, Mexico and many African countries where false information, hoaxes and conspiracies have been widely spread in recent elections and it has proved much harder to track and counter.

This interview was originally conducted by EurActiv.ro.