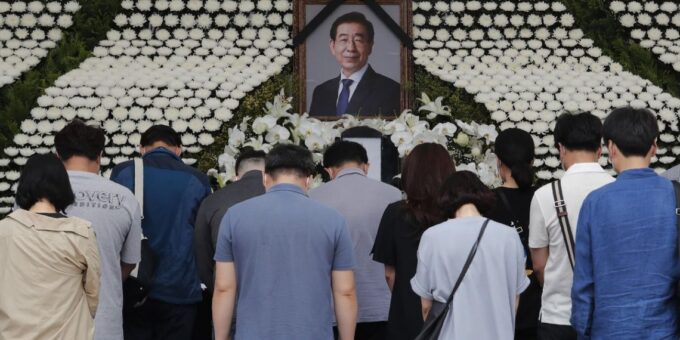 The spire of Notre Dame cathedral, destroyed by fire in April 2019, will be restored according to the original Gothic design, announced French President Emmanuel Macron thus quieting speculation that the spire would be rebuilt in a modern style.

Russian hackers have been targeting organizations that work on developing a coronavirus vaccine in the UK, US and Canada, according to information from security services. The hackers are believed to operate, “almost certainly” as “part of Russian intelligence services.”

In what was called Poland’s slimmest presidential election victory since the end of communism in 1989, President Andrzej Duda retains the country’s helm for another mandate. One of the major issues in the election campaign was the future of the country’s strained relations with the European Union.

British-owned Virgin Atlantic has agreed a rescue package worth US$ 1.5bn and a five-year restructuring plan with its shareholders and investors. The package includes financial support from its main shareholder, Virgin Group, and outside investors, including US hedge fund Davidson Kempner Capital Management. The airline has already cut more than 3,500 jobs and closed its base at London Gatwick.

According to a new official regulation, British mobile phone providers are being banned from buying new Huawei 5G equipment and they must also remove all the Chinese company’s 5G kit from their networks by 2027. The regulation follows sanctions imposed by Washington, which claims that Huawei poses a national security threat.

Venice finally tested the system of 78 mobile floodgates after almost 40 years since it was designed in the 1980s. Venice was hit by the worst floods in half a century in November 2019 when more than 80% of the city was under water.

The main rival of long-time Belarus president Alexander Lukashenko, Victor Babariko, has been barred from running in the presidential election in August. Mr Babariko was detained in June, along with several hundred opposition supporters. He is currently being held in a KGB detention centre in the capital Minsk, being charged with embezzlement and fraud. The Belarus’ Central Election Commission rejected Mr. Babariko’s candidacy, claiming the former banker had unreported income and foreign funding for his campaign.

Seoul mayor, Park Won-soon, was found dead after being reported missing. His body was discovered near a restaurant in northern Seoul.

China’s economy bounced back and registered a 3.2% growth in the second quarter of the year.

The Trump administration imposed tariffs of 25% on US$ 1.3bn worth of French goods but will freeze the collection of the tax due to the coronavirus crisis. The move is a response to French so-called GAFA (for Google, Amazon, Facebook, Apple) law that imposes a 3% tax on companies’ digital turnover (advertising and commissions) in France. The law targets companies with revenues of at least €750m globally and €25m in France. The US says the law unfairly targets American companies.

The popular Hispanic-owned food company Goya Foods is facing calls for a boycott after its CEO praised US President Donald Trump. While at the White House, the company’s CEO Robert Unanue said Mr Trump’s leadership was a blessing.

America saw its first execution of a federal prisoner in 17 years. Murderer Daniel Lewis Lee was put to death by lethal injection in Terre Haute, Indiana, early on Tuesday. Several other executions are scheduled for the next period.

The remains of an ancient Aztec palace have been discovered in Zócalo, Mexico City’s main square. During the renovations on an official building in the plaza, the workers excavated the floors that were part of an open space in the palace of Aztec ruler Axayácatl. The palace was also used as the home of Spanish conquistador Hernán Cortés after the fall of the Aztec empire.

Johnnie Walker, the 200-year old whisky, will be available in paper bottles as of next year. The move is part of plans by its producer, Diageo, to introduce environment-friendly packaging. Diageo is to co-launch a company named Pulpex which will make the paper bottles and also packaging for giant producers such as Unilever and PepsiCo.

Google plans to invest US$ 10bn in India in the next five to seven years. India represents a huge market for Google with more than 500 million active internet users. The investment is to be made through the Google for India Digitisation Fund. Google has also agreed to pay US$ 4.5bn for a 7.7% stake in India’s Jio Platforms, joining a list of new investors in Jio that includes Facebook, Intel and Qualcomm.

The European Commission was wrong to order Ireland to claw back €13bn in unpaid taxes plus interest from Apple, according to a ruling by the EU General Court this week.

Several prominent US Twitter accounts were hacked in an attempted Bitcoin scam. Among the targets were billionaires Elon Musk, Jeff Bezos and Bill Gates, as well as Barack Obama, Joe Biden and Kanye West, who were requested donations in the cryptocurrency.

The Middle Eastern airline Emirates is set to cut up to 9,000 jobs because of the coronavirus pandemic. Emirates had 60,000 staff before the crisis.

Comet NEOWISE passed the sun and came closer to Earth, shifting in and out of visibility, even becoming visible to the naked eye. NEOWISE will next return to Earth in about 6,800 years.

A record-breaking heatwave in Siberia was caused by human impact on climate change, scientists agree. The highest temperature ever (38C) was recorded north of the Arctic circle. The Arctic is believed to be warming twice as fast as the global average.

The number of cosmetic surgeries increased during the pandemic. Around the world, cosmetic surgeons reported a higher number of patients wanting a facelift as they can work from home or hide behind a mask during treatment.