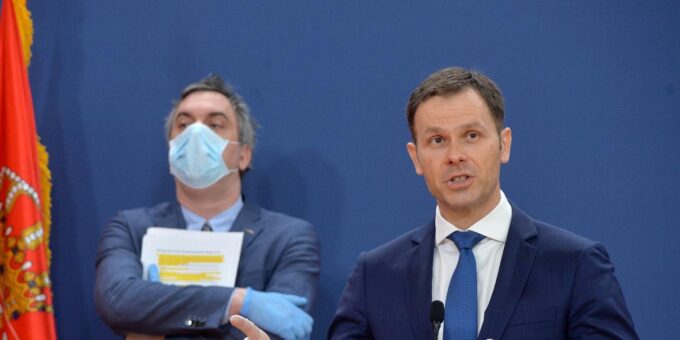 The US and UK are concerned about Russia’s recent testing of a weapon-like projectile in space.  The US named it “in-orbit anti-satellite weaponry” and UK, for the first time, made accusations about Russian test-firing in space.

Spain’s King Felipe VI tries to distance himself from his father, former King Juan Carlos I, and his alleged financial dealings. The former king allegedly received US$ 100m wired by the ex-Saudi monarch. King Felipe renounced any personal inheritance from his father and stopped the annual public stipend paid to the former king.

Poland set to withdraw from the European treaty aimed at preventing violence against women. The country’s justice minister Zbigniew Ziobro said that the document, known as the Istanbul Convention, was “harmful” because it required schools to teach children about gender. Thousands of women have protested at the move in cities across Poland.

Germany confirms that Donald Trump administration offered “large sums of money” to get exclusive access to a coronavirus vaccine being developed by a German company. According to Die Welt, a German news outlet, Mr Trump was trying to get CureVac company to move its research department to the United States and develop the vaccine “for the U.S. only.”

The German economy registered a record collapse by 10.1% in Q2 2020 compared to Apr-Jun 2019, according to the country’s Federal Office of Statistics. This represents the “steepest decline since quarterly GDP calculations for Germany began in 1970 and was even more pronounced than during the financial market and economic crisis [in 2009],” according to the local actuaries.

Tens of thousands of people continue their protests in Sofia, the capital of Bulgaria, against Prime Minister Boyko Borissov’s cabinet. Protesters camped over night on the boulevards of the Bulgarian capital city.

Serbian authorities tasked with tackling money laundering and terrorism financing asked banks to hand over data about the transactions of dozens of individuals and NGOs known for their work on human rights, transparency and exposing corruption, including a number of investigative media outlets and high-profile human rights organisations. The list includes Balkan Investigative Reporting Network, BIRN, the Centre for Investigative Journalism of Serbia, CINS, Crime and Corruption Reporting Network KRIK, the Novi Sad Journalism School, both of Serbia’s major journalism associations and a host of rights groups including Civic Initiatives, YUCOM, the Belgrade Centre for Security Policy, the Helsinki Committee for Human Right and the Humanitarian Law Centre.

Hagia Sofia officially re-opened as a mosque with a special sermon that Turkish President Recep Tayyip Erdogan, other Turkish statesmen and guests from around the world attended. Churches around the globe declared Friday, 24 July 2020, a day of mourning and condemned the move.

The world’s largest nuclear fusion project begins its five-year assembly phase in southern France. The project aims to show that clean fusion power can be generated at commercial scale and it expects the first ultra-hot plasma to be generated in late 2025. The project, known as Iter, with an estimated value of €20bn is designed to replicate the reactions that power the sun.

The Chinese consulate in Houston was shut down and raided by Americans and in retaliation, China ordered US consulate in Chengdu to close. Tensions continue to rise between the two countries.

The US smartwatch maker Garmin was hit by a ransomware attack and the company was forced to shut down call centres, website and some other services including phone lines, online chat and email. The attack also affected Garmin’s aviation database services, flyGarmin and the Garmin Pilot app. The ransomware attack on Garmin is thought to be the work of the Russian cybercrime gang known as Evil Corp.

Nearly 12,000 American troops will be moved out of Germany after President Donald Trump repeatedly said the country was “delinquent” on defense spending. “They’re there to protect Europe. They’re there to protect Germany, right? And Germany is supposed to pay for it. Germany’s not paying for it. We don’t want to be the suckers anymore,” Trump told reporters Wednesday morning. “So we’re reducing the force because they’re not paying their bills. It’s very simple, they’re delinquent.”

“With our reliable and effective self-defensive nuclear deterrent, there will be no more war on this earth, and our country’s safety and future will be secured forever,” North Korean leader Kim Jong Un said in a speech on 27 July 2020. Mr Kim said that nuclear weapons would allow North Korea to defend itself “against any high pressure and military threats of imperialists and hostile forces.”

An Iranian passenger airplane was forced to change course because of two US fighter jets F-15 came too close over Syrian airspace. Iran promises political response after several passengers were reportedly injured.

A British-Australian woman serving a 10-year sentence in Iran for espionage was transferred to the notorious Qarchak prison in the desert, according to Iranian human rights activists. The Cambridge-educated academic, Kylie Moore-Gilbert, a lecturer at Melbourne University, has been in a Tehran jail since September 2018. She was tried in secret last year for espionage. She strongly denies all the charges against her.

Former Malaysian PM Najib Razak has been found guilty of all seven charges in the first of several multi-million dollar corruption trials and now faces decades in prison. The scandal around Malaysia’s 1MDB sovereign wealth fund has uncovered a global web of fraud and corruption.

Australia’s fires from last summer “killed or harmed three billion animals,” according to scientists. This was one of “worst wildlife disasters in modern history,” said the World Wide Fund for Nature (WWF), which commissioned the report.

A huge fishing fleet of hundreds of Chinese fishing vessels was found near Galápagos Islands. Ecuador sounded the alarm as the fleet’s proximity to the protected zone raises the prospect of damage to the marine ecosystem.

An Egyptian court sentenced five women to jail over “violating public morals” in TikTok videos. The social media influencers are to spend two years in jail and to pay a fine of EGP 300,000 (€16,000) each.

Low-cost airline Ryanair reported losses of €185m and a drop by 99% in passenger numbers in the first few months of the coronavirus pandemic. The company registered a profit of €243m in the same period last year (Apr – Jun 2019) when it carried nearly 42 million passengers as opposed to about 500,000 in Q2 2020.

CEOs of Amazon, Apple, Facebook and Google appeared on an antitrust hearing in front of the US Congress to face claims of “harmful” power.  They had to defend their firms against claims they abuse their power to quash competitors.

Lax laws governing the US art industry offered a new tool to evade sanctions to powerful Russian oligarchs, according to a new bipartisan congressional report that was released following a two-year investigation. The report traced over US$ 18m in high-value art purchases from American auction houses and private sellers back to three shell companies linked to the Russian construction and energy tycoons Arkady and Boris Rotenberg.