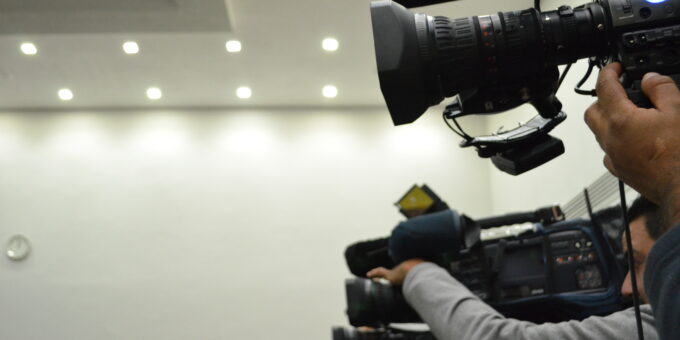 Reporting on the pandemic in Latin America is proving riskier than in any other region of the world. Figures recorded by non-governmental organizations show that media outlets in countries such as Mexico, Brazil or Peru have not introduced safety measures for their journalists to help them avoid possible infection while covering the Coronavirus crisis.

In Mexico, data collected over the past four months and published in a report by the Press Emblem Campaign (PEC), a Geneva-based organization, recorded a total of 14 Covid-19-related deaths of journalists in the country. A similar report from Article 19, a global NGO, counted as many as 26 deaths during the same timespan. By August 7th, 2020 when this article was completed for publication, another journalist died of Covid-19 in Mexico City: Felipe Rodea, who worked at the newspaper El Financiero.

According to the PEC report, between March 1st and June 30th, 2020, a total of 186 journalists were killed by Covid-19 in 35 countries around the world. In the aforementioned report, Latin America accounts for half of the deaths (93), remaining the region with the highest number of deaths of journalists reporting on Covid-19.

Mexico ranks third within the region, with 14 journalists who died from the virus in the second quarter of the year, according to the PEC. First on the grim top is Brazil with 37 deaths, followed by Peru with 16 dead reporters in the same period of time.

On the other hand, the organization reported that only one case was registered in Canada while 13 journalists lost their lives for Covid-19 in the United States in the March-June 2020 period; in other words, in North America, although the number of infections has been higher in proportion to the total population and a considerable loss of lives was registered, news coverage is often not as deadly for those who work in the media as it is in the case of Latin America.

The situation is not as dire even in Asia where, although the number of deaths has increased in countries such as India or Bangladesh, the recorded data shows 34 journalists died across the continent due to Covid-19, which is one-third of that of Latin America. According to the report, 26 cases of coronavirus-related deaths were registered among journalists across Europe and 18 among those in Africa.

The PEC report is an effort to shed light on the deaths of journalists by Covid-19 in the region although the organization mentioned that there is no official data released by government sources and companies and, taking that into consideration, there could be more unrecorded deaths. They are right. Article 19, in a similar report, found 12 additional cases in Mexico as of July 27th, which means that, in total, at least 26 journalists died in the last four months.

The reasons that might explain why Latin American countries are more dangerous for reporters covering the pandemic include poor working conditions for journalists in the region, as claimed by local journalism organizations, as well as the scarce concern of media companies and public institutions for said working conditions. In most cases, journalists lack social security and basic health services.

The first case reported by the Mexican media was that of Marta Caballero Collí, a reporter for newspapers such as QueQui and Diario de Quintana Roo, as well as for Radio Turquesa in Southern Mexico. She was infected while working in the press office of the municipal government of Solidaridad, located in the very touristic area of Playa del Carmen, close to Cancun. There, she worked on various institutional communication tasks. There were not enough safety measures in place to protect her and another colleague working in the same office, the photographer Jonathan Arana Chan who was also infected and died soon after her, in May 2020.

On April 27th, 2020, the left-wing newspaper La Jornada published a fragment of the letter Ms Caballero Collí wrote before she died, in which she complained that her boss had not allowed her to work from home during the epidemic. The document reads: “I became ill due to the negligence of director Román Contreras Nahón who did not allow us to work from home. His conduct is deplorable.”

Mr Contreras Nahón justified his actions by saying that “communication” was considered an “essential” activity and, therefore, health authorities had only allowed work from home for those over 60-year old and with chronic pre-existing diseases. In his account of the events, Mr Contreras Nahón said that he adhered to protocols although he confirmed that Ms Caballero Collí showed Covid-19 symptoms on April 13th, 2020 and that it was not until the next day that he gave her the official written permission to work from home only for “seven days.” The journalist died on April 27th, 2020.

Ms Caballero Collí’s sister, Esther Caballero, recorded a video a day later to confirm the existence of the letter. In the video, she explained that in the letter her sister “in addition to saying goodbye to her family,” held her direct boss (Contreras Nahón) accountable for her death.

On April 23rd, 2020, David Kaye, the UN Special Rapporteur on the Promotion and Protection of the Right to Freedom of Opinion and Expression, presented to the UN a report that sounded an alarm bell regarding the measures that were being taken in the context of the pandemic and that seriously jeopardized the freedom and safety of journalists. The report recommends, among other things, that in order to carry out their work, “media workers should be provided with protections deemed necessary in the pandemic, such as protective masks and other relevant gear”.

Shortly thereafter, on April 29th, 2020, the Network of Women Journalists of the State of Morelos, an organization based in Cuernavaca, an area bordering Mexico City, called on companies and government officials to adopt protective measures for journalists covering the coronavirus crisis. They wrote a public letter stating the following: “We ask media companies in Morelos to introduce the necessary security measures for those of us who carry out the task of reporting and informing the public every day. […] We demand the State Government to strengthen its health controls and pay more attention to those working in the media since at least one apparently infected person joined one of the press conferences organized by the Ministry of Health to cover the news.” In Cuernavaca, capital of the State of Morelos, at least two deaths of journalists caused by Covid-19 have been recorded.

Mexico is a country that divides its territory into 32 federal entities. In 10 of them, almost a third of the country, there was at least one journalist killed by Covid-19. The state that registers the most cases is Mexico City with 10 deaths; it is followed by the State of Mexico, with four, and the states of Quintana Roo, Sonora, Morelos and Oaxaca with two each; Baja California, Chihuahua, Guerrero and Tabasco have reported one case each.

The highest number of deaths reported is in print media (34.6% of cases) and also within those working in the press offices of municipal governments or local public institutions (26.9%).

In April 2020, only two journalist deaths were recorded in Mexico but the figure in May was almost eight times higher (15 cases).

In addition to the risks posed by the pandemic, Mexico has also failed to overcome a parallel crisis of unpunished killings against journalists. A recent case is that of Jorge Miguel Armenta, a journalist killed during these times of pandemic in Sonora, a state in Northern Mexico, an area where the country shares a border with the United States that is known to have a heavy presence of organized crime.

On May 16th, 2020, Mr Armenta was shot by two strangers and lost his life en route to the hospital. Director of the Obson Media Publishing Group, he published in the newspaper El Tiempo and the weekly political magazine Última Palabra (Last Word). The journalist, along with other colleagues, had been receiving death threats since 2016.

So far this year, Mexico’s government has acknowledged the murder of five journalists. On March 30th, 2020, Maria Elena Ferral was killed in a shooting in the port state of Veracruz and a month later her daughter was the victim of an attack from which she fortunately managed to escape unharmed. On April 2nd, 2020, in Guerrero (a state in Southern Mexico), journalist Victor Fernando Alvarez Chávez was taken hostage and nine days later his death was confirmed when the authorities found parts of his body violently severed.

Reporters Without Borders (RSF), a Paris-based NGO reported 10 murders of Mexican journalists in 2019. In 2020, between January and May alone, another five murders were reported. The organization’s annual global index on freedom of expression this year ranked Mexico 143th out of 180 countries, below Afghanistan (122), Palestine (137) and Burma (139).

In this reality of murders and violence against journalists in Mexico, the rising rate of deaths caused by Covid-19 is yet another threat for journalists reporting on the pandemic, in a worsening economic context, with the companies and governments for whom they work failing to offer health and safety guarantees or optimal labor conditions.

Adapted from Spanish by Norina Solomon

Read the Spanish version of the story: