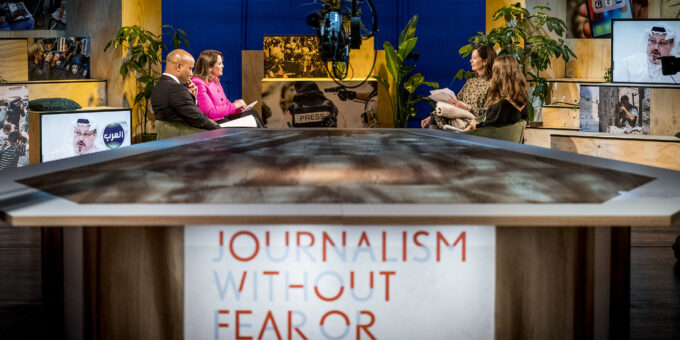 With a pandemic ravaging the planet and mad politicians at the helm in many parts of the world, it is important, now more than ever, to have an independent media that is reporting true facts and that people can trust without suspicion.

That is not the case today. Media organizations and journalists who want to do their job independently are being harassed by companies, politicians, governments, people. Often, powerful businesses and governments try to silence these independent voices by controlling them. When that control reaches the ugliest, most extreme forms, it’s called media capture.

A form of media control that is achieved through systematic steps by governments and powerful interest groups, media capture is the focus of a new study published by UNESCO late last year. Authored by Marius Dragomir, Reporting Facts: Free from Fear or Favour details the threats that journalists have to face in order to preserve their editorial independence and identifies the means that could be used to save the free and professional media.

It is a gripping, yet grim, read.

Media capture is a phenomenon that is spreading like fire across many countries in the world ranging from Nicaragua to Egypt to Turkey to Hungary. In all these places, the manipulation of the editorial message becomes the norm. Such overpowering control of the media leads to a shrinking of journalistic autonomy and harms the integrity of the news offering available to the public.

Dragomir’s definition of media capture put forward in the report is a phenomenon consisting of control and abuse of four areas: the regulatory mechanisms governing the media, the state media operations, the public funds spent to finance journalism, and the ownership of privately held news outlets. When the control spreads to all four, that is media capture.

Nonetheless, there are green shoots. Independent journalists have not given up the fight, being often supported by civil society, international organizations, internet companies and media industry. Solidarity among journalists is one way to fight capture. Building financially stable and independent media outlets is another. Cross-border investigative networks are also an answer as these groups escape many of the constraints of captured media environments.

However, there is a snag: it is called pandemic. The virus-triggered crisis has brought about new challenges for media independence such as even tougher economic hurdles, and a series of legal and regulatory restrictions on free speech that have been imposed in dozens of countries across the world.

The report lists all the upcoming threats to editorial independence. First, new requirements for news media to register with regulators and authorities are likely to place a new burden on them. Newly adopted legal provisions on fake content are already being misused by authorities to muzzle critical journalists. Authorities are going to abuse data regulations to stop journalists from publishing content. Governments are expected to increase even more their influence in the media while media outlets, especially smaller ones, are faced with a massive financial crisis.

Not so rosy time to be journalist.