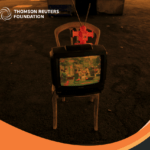 A recently published report, commissioned by Thomson Reuters Foundation (TRF) and authored by Damian Radcliffe, looks at the impact of COVID-19 crisis on journalism in developing economies and the Global South. The report is based on the insights provided by the living and working experiences of 55 alumni of training programs run by the TRF.

This paper is unique in that it offers probably the most comprehensive view to date of the challenges faced by journalists outside the Global North.

One of the report’s key findings is the emergence of a series of new restrictions imposed on media freedom around the world. Governments in 17 countries have passed new laws and “fake news” regulations during the pandemic, according to the Austria-based International Press Institute (IPI). In many cases, these new regulations prove to be a double blade sword: claiming that they wanting to prevent distribution of falsehoods, governments limit access to information, sometimes going as far as shutting down news media outlet or using them as “weapons of repression against individual journalists as well as news organisations,” according by Reporters Without Borders (RSF). In countries such as Nicaragua and the Philippines independent media have been banned from attending government news conferences, as reported by the Center for Media Data and Society (CMDS).

Distinguishing between “facts” and “truth” has become a complex process, making life harder for journalists, along with conspiracy theories, hoaxes and fictitious scenarios spread on social networks, which helped misinformation to flourish. To complicate things even more, the Chinese government, for example, wants news outlets to refrain from reporting “negative facts.”

Another disturbing trend during the pandemic was the escalating violence against journalists, with a growing number of attacks, not only from politicians but also from members of the public.

On top of that, journalists are also at a high risk of being infected while doing their job: at least 462 of them died from COVID-19 in 56 countries by 15 November 2020.

One of the most powerfully felt types of impact on journalism during the pandemic, the report found, is financial predicament that has been experienced by most media.

According to the report, the news industry is unlikely to return to its pre-pandemic state.

The post Impact of Covid on Journalism in the Global South appeared first on MediaPowerMonitor.