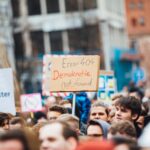 An increasing number of governments are increasingly turning the screws on internet freedom. Funnily enough, they look at the EU for inspiration.

When Judit Varga, Hungary’s justice minister, recently accused tech giants of violating democratic norms, many were baffled. To hear someone serving in the autocratic government of the prime minister Viktor Orban talk about democracy is nauseating.

With Mr Orban at its helm, Hungary has been slammed by the EU for its dismal democratic track record. Courts are politicized, the government unaccountably doles out EU cash to a ring of oligarchs supportive of the government and most of the media in the country are captured by Fidesz, the political party led by Mr Orban, which holds the reins of power in Hungary. Not really the place where someone would expect the democractic norms that Ms Varga talks about to be respected. But that hardly matters. Her attack on tech companies is part of a new stratagem that a spate of European countries, mostly those led by corrupt and non-democratic governments, are deploying to muzzle criticism.

But unlike in the past, the new wave of attacks against free speech has reached a level of deviousness and perversity not seen in decades as EU norms, rules and laws are misused to nobble the very democracy that made them possible.

For several years, an increasing number of European governments, especially in eastern Europe, have been mulling legislation to clamp down on the global tech giants, companies such as Facebook, Google and Amazon, complaining mostly about their anti-competitive behavior and failure to pay local taxes.

To a certain extent that is true. But the hunt for tech behemoths is going much further.

Emboldened by a sheaf of legal acts adopted by the EU in recent years, many of which are aimed at trimming the power of the large technology corporations, a growing number of governments are crassly misusing laws emanating from Brussels to justify introduction of draconian legislation that is likely to hamper freedom of expression. What seems to unite them is their determination to gain control of the internet, the space where critical content about governments and authorities is still being circulated without let or hindrance.

Many of these governments already control most of the media outlets in their own countries through a combination of measures and pressures including tough checks on the editorial policies of state media, discretionary allocation of public funding to friendly media companies and aggressive takeover of privately held media operators.

Extending the control to the internet is now next on their agenda. To achieve that, they use the very tools that the EU has created to build a healthy information space. By appropriating the EU disinformation narrative and misapplying EU norms, they can “legally” crack down on free speech.

First, disinformation is giving governments a carte blanche to put a kibosh on online content as they please. Already before 2020, governments across Europe called for strict measures against disinformation. The pandemic gave them even more ammunition to silence critical voices online. In March 2020, as the pandemic began to ravage the continent, three EU candidate countries, Turkey, Serbia and Montenegro, and Hungary, a EU member state, imposed a series of heavy fines and arrested people for posts on social media, which, authorities claimed, caused panic. BIRN, an investigative outlet, counted 80 arrests and at least 260 fines for spreading disinformation over the course of only two weeks at the time. Independent media in Hungary were targeted as well for simply reporting on healthcare.

Much of that was inspired by an EU-endorsed narrative that blames disinformation for many of Europe’s ills. To tackle the fake news problem, the EU has funded during the past three years a raft of studies, projects and expert groups. Although most of them seemed to indicate self-regulation as the answer, it was left to national governments to deal with it, the perfect opportunity, especially for criticism-allergic governments, to start meddling with online content, which it didn’t take long to happen.

In April 2020, Bulgarian authorities announced plans to criminalize the spread of “internet misinformation,” envisaging fines of up to €1,000 and prison terms of up to three years. They didn’t even bother to define disinformation. The following month, the interior ministry in Latvia released a law aimed also at combating false news, prohibiting dissemination of articles containing “false, misleading, or misrepresented information”, whatever that means.

Although these legal provisions haven’t passed yet, they remained on the public agenda. And more are in the offing.

An expert formerly with the Council for Electronic Media (CEM), Bulgaria’s broadcast regulator, says that the EU is the source of both inspiration and legitimacy that authorities are using to justify their attacks on free speech. The legal provisions on disinformation introduced last spring in Bulgaria were part of discussions in parliament around the adoption of the Audiovisual Media Services Directive, a key piece of EU legislation that was amended in 2018 to include video-sharing platforms. The directive gives governments the legal ground to regulate online video platforms, a category that comprises many small and large online portals.

In a separate development, the Data Protection Authority in Hungary ordered Forbes Hungary, a business magazine, to withdraw an issue of the magazine that featured the list of the richest Hungarians, creating a dangerous precedent for independent media.

The authority based its decision on the General Data Protection Regulation (GDPR), EU’s directive aimed at protecting personal data, following a complaint from the owners of Hell Energy Drink, a Hungarian owned energy drink bottler. The businessmen disliked their inclusion on the list, which, although it was accurate, was found by the data authority to be a breach of privacy. Two fines worth a combined €14,000 were slapped on Forbes while all references to the businessmen were removed from the internet.

The decision is highly pernicious because it means that the media can’t use public interest as a legal basis to process data, as guaranteed by the GDPR, preventing journalists from processing personal data when writing, for example, about influential businessmen, wrote Zsuzsa Detrekői, a TMT lawyer and fellow at the Center for Media, Data and Society (CMDS), a research outfit. Surely, Brussels mandarins didn’t have that in mind when they designed the GDPR.

The early-January decision of most major social media platforms to ban the American President Donald Trump gives a strong new impetus to efforts by some European governments to design laws aimed at stifling dissent. There was thus no wonder that the suspension of Trump social media accounts was criticized primarily by politicians who only see themselves entitled to regulate the media and not the other way round. Activists and tech geeks generally showed support for the Trump ban, some saying it should have been done a long time ago.

Accusing Facebook of limiting “the visibility of Christian, conservative, right-wing opinions”, Hungary’s justice minister Varga recently said that she was looking into possibilities of sanctioning tech giants. She added that Hungary also contributes to a set of similar regulatory rules prepared by the EU.

Poland, another increasingly authoritarian EU country, was faster than all putting forward last week a draft law whose official aim is to prevent online “censorship,” but which in reality is going to give the Polish government the power to police the internet. It bordered on the surreal when Polish Prime Minister Mateusz Morawiecki described the Trump social media ban as a return to “the censorship of freedom of speech,” a “domain of totalitarian and authoritarian regimes,” which is precisely where Poland is rapidly heading.

All these governments already have an example in Turkey, which last year adopted a law obliging social media platforms to appoint a local representative in the country, a method seen to enable authorities to conduct even more censorship. Non-compliant tech companies face steep fines and content bans. Turkish lawmakers said that the law was a copy of Germany’s Network Enforcement Act, adopted in 2017 to tackle “hate speech” and “illegal content.”

Tackling all these issues, the EU has been beavering away for some time on legislation aimed to restrict the power of tech giants. Two landmark regulations, the Digital Markets Act (DMA) and the Digital Services Act (DSA), are being planned by the European Commission, the EU executive arm. They follow a series of investigations into the competition practices of Google, Apple, Facebook and Amazon, some of which led to heavy fines.

These EU plans to curtail the power of tech giants have been praised by digital rights activists. But the likelihood that they will be misused raises serious concerns, too. According to the DSA, the Commission intends to retain the central regulatory role, but who’s going to monitor compliance at national levels is an open question. If that role is going to be controlled by Europe’s autocrats, many of the attacks on online speech that some European governments are planning will most likely go ahead, probably disguised as platform regulation.

The bad news is that they will all be legal.

Photo by Markus Spiske on Unsplash

The post Internet Freedom in Europe: It’s Beginning to Look a Lot Like Turkey appeared first on MediaPowerMonitor.