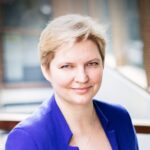 “The sentencing of Alexey Navalny to two years and eight months in a penal colony yesterday, as well as the ongoing repressions against his supporters, demonstrate that the Kremlin is not willing to share power with its opponents,” Maryia Sadouskaya-Komlach wrote in an article published by the Washington, DC-based Center for European Policy Analysis. “But mass detentions, fines, and severe treatment of protesters are more than just immediately useful to an authoritarian regime fighting waning legitimacy among a growing number of its citizens. These moves are part of the Kremlin’s broader communication strategy that goes beyond just the Russian population.”

According to Ms Sadouskaya-Komlach, the communication efforts of the Russian authorities are targeting the following foreign audiences: Belarusians and other nations in the region (as some experts state that Putin’s regime is learning from Belarus and the treatment of opponents in a “Belarus-like” way may actually be a message to its neighbors); supporters of anti-Western conspiracy theories (one of the leading narrative spread by Kremlin globally being that a “Western hand” controls Navalny and all of his supporters); EU leaders and citizens (to challenge the EU to muster “a significant and meaningful pushback”) and the transatlantic community (as Russia knows that “a coherent transatlantic response to this crisis is important beyond showing support for the democracy community”).

“It’s for these reasons that the fight over Navalny and the fate of democratic protests in Russia has tremendous symbolic weight — and the reason we can expect Moscow to redouble its efforts to strengthen its narratives,” Ms Sadouskaya-Komlach wrote.

The post Russia Will Redouble Efforts To Strengthen Its Narratives appeared first on MediaPowerMonitor.

Dominant thanks to their privileged status and special funding arrangements, state media play a disproportionately high role in shaping narratives, especially in times of crisis,...
More

When the world is mad at Russia for invading Ukraine, bombing its buildings and killing its people, companies leave Russia in droves, and sanctions are...
More