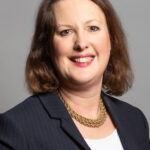 The Idiot of the Week honor is going to Victoria Prentis, a British Conservative politician who serves as the fisheries minister in the current UK government. Ms Prentis said that she was too busy to read the Brexit deal when it came out last December. “The agreement came when we were all very busy on Christmas Eve, in my case organising the local nativity trail,” she said serenely.

The Scottish National Party (SNP), a key political rival, got irate at what hearing her. An SNP spokesperson said: “Due to Brexit-induced bureaucracy, Scotland’s fishing communities are already experiencing severe disruption and cannot get their produce to their customers in the EU market on time. For the Tory government’s fisheries minister to then admit that she did not even bother to read the details of the damaging deal because she was too busy is unbelievable and makes her position untenable.”

A Scottish newspaper wrote that “she should have been thrown to the sharks for that one.” Yet, Ms Prentis ungraciously ignored calls for her resignation. Her boss, the Prime Minister Boris Johnson, fully supported her. Why to read a deal when you can only sign it?