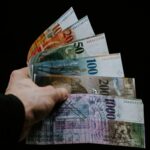 MediaPowerMonitor is regularly asking its community what keeps them awake at night. Financial transparency came first among the most important issues that readers flagged in our latest survey that took place in December 2020.

Now, we want to identify the biggest stories in financial transparency in eight countries that we selected according to how often they were mentioned in our followers’ responses.

What’s the Big Story in Financial Transparency is part of a larger project run by MediaPowerMonitor, which focuses on measuring coverage of financial transparency (or rather the lack of it), based on public surveys, and interviews with banks, anti-corruption NGOs, researchers and policymakers.

The findings of the public survey will be supplemented by a more targeted poll run among a sample of respondents contacted personally.

A first report will be available in May 2021 on our website.

The post What’s the Big Story in Financial Transparency? appeared first on MediaPowerMonitor.

Tech Platforms Must Be Regulated. The Question Is How.

Major digital platforms, such as Facebook and Google, are in a dominant position in several areas. They have a crucial role in controlling what information...
More

Idiot of the Week: Novak Djokovic

People in the Balkans, the region where the tennis player Novak Djokovic comes from, know the type. Do anything you can, even lie or mislead...
More